Tackling Bankruptcy Challenges for the Betterment of All Parties 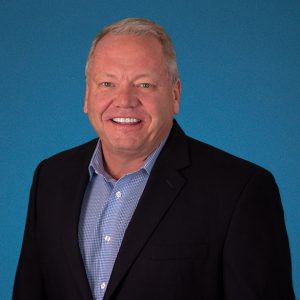 BK Global CEO Brad Geisen is a 30-year veteran of the default real estate industry, having created or operated websites such as Foreclosure.com, HomePath.com, HomeSteps.com, TaxLiens.com, HUDHouses.com, and many more.

He developed and ran a pilot program for the United States Department of Housing and Urban Development (HUD), which became the highly effective HUD M&M Program that still operates today. In that pilot, Geisen created for HUD the first online offer management platform, which has become the industry standard used by top Government-Sponsored Enterprises (GSEs) such as Fannie Mae, among others.

He also created a national training and education platform for Freddie Mac to improve vendor performance and ensure compliance. He also developed the National Short Sale Platform, which Fannie Mae still uses today to facilitate approvals in as few as 48 hours.

Geisen previously spoke to the DS5: Inside the Industry webcast about bankruptcy trends as we head into 2021. This is an extended version of that video interview.

What are you expecting as far as a surge in bankruptcies in 2021, with so many borrowers potentially reaching the end of forbearance plans?

There's been a lot of discussions around that. The big thing that we see is when you look at what we're predicting [for 2021], and compared to what happened in, let's say, 2007—in 2007, you had a lot of properties that had significant negative equity. When the market turns slightly, the only option for homeowners was foreclosure or short sale. In this situation, we have markets that still remain strong. Property values have gone up. We have a lot fewer properties with negative equity, percentage-wise, with all the ones that are in default. So that's a big difference.

However, you have a lot of people that have been out of work and they've fallen behind in their other debts: consumer debt, car loans, school loan debt, credit cards. A lot of people been living off credit cards. They burned through their savings. Their home is probably the least problem because they've actually had a forbearance, that forgiveness on their home, but they haven't had forgiveness on all their other debts. In a situation like that, bankruptcy now becomes a better alternative, or a smarter alternative, for many people. We're anticipating and predicting that the bankruptcies are going to surge because of that.

What should mortgage servicers be doing to assist and work with struggling homeowners for whom bankruptcy may be a viable option?

That's a good question, everyone's scurrying around trying to figure out and get prepared. We started BK Global five years ago, but we've been in this industry more than three decades. We always looked at bankruptcy as a black hole, and I think everybody did. We started BK Global to come up with better methods of mitigation and bankruptcy. When we first [entered this space], what we saw was a couple of things. We saw debtors that filed bankruptcy, who either settled their debts or renegotiate their debts and hopefully get a fresh start.

But what servicers typically would do is, they would file a motion for relief to get out of bankruptcy. As soon as the debtor files bankruptcy, the servicer files a motion for relief, which almost puts up a wall. Then there's a trustee involved, and the relationship between the trustee and the servicers were adversarial. We saw this whole thing is counterproductive where there's a lot of options in bankruptcy that are great vehicles for the servicer, the debtor, and the trustee to do this.

The first thing that we did is we put together a program where we bridged the gap between trustees and servicers. What's ironic is their intentions and outcomes are really aligned. They were always fighting back and forth, but they want the same outcome. We built a technology platform. We tied together all the servicers nationwide, and we built programs for servicers and trustees to work together. We created a protocol, a Consented Sale, which is basically a short sale in bankruptcy. What's different about our program is that we bring all parties into consent. So, this isn't a cramdown bankruptcy or something that's adversarial, or a court order type of thing. This is all parties coming to consent.

What's really beneficial with this program is the savings that we have on every single file. The average $240,00 home, we saved the servicer and the investor about $46,000, which is a significant number. We have many cases that are well over $100,000 in savings, and that is a serious difference.

It creates a lot of goodwill for the consumer. A consumer files bankruptcy to get a fresh start. If they work to sell their home in bankruptcy, they have a bankruptcy on their credit. If they go through credit counseling, in 18 months to two years, that debtor can be bankable again. That's a fresh start. That's what they're all trying to achieve. If the home gets abandoned in foreclosure in bankruptcy and they get dragged through foreclosure, even though the debtor isn't liable for the deficiency, they are still going to have that foreclosure on their record. These programs bring everyone in consent, they have huge savings, and they create goodwill for the consumer.

What are some critical lessons or takeaways that servicers need to have in mind when they're working with a struggling homeowner? What factors do they need to be taking into consideration?

One of the things we're doing to prepare for this upcoming surge is we rely heavily on our brokers. Our brokers are boots on the ground. We've put together a training program where we certify brokers as bankruptcy-certified specialists, and we train them so that they know how to work these situations in bankruptcy, and they know how to work through our program. Then, if they need to reach out to the homeowner, they know what to do and what to say. There are over 800,000 properties in bankruptcy between Chapter 7 and Chapter 13 right now, and that's before the surge.

Everyone's trying to predict how large that number is going to be after the surge, but it's a significant number. The majority of homes, even with our Consented Sale program, the trustee, in most cases, still abandons the asset. If they do, we then have a second tier where we take our brokers that we've trained, that are certified. We have outreach to that homeowner, the debtor, to discuss their options. We work on doing a short sale and we work with the servicer to put that together. We bring together a structure and a deal that works both for the servicer and the debtor, and it ends up being a win-win for both sides.

You've been in the industry for close to three decades now, so that's a long time to deal with anything. What are some of the top lessons and takeaways that you've learned from your career thus far?

The biggest one is that bankruptcy is extremely complicated. Every case is completely different, and the direction that they go can be completely different. For servicers, that's in most cases problematic, because a servicer likes to have a structure and a plan. If it's in bankruptcy, we go down this path. There really is not a "one size fits all” for bankruptcy. That's where the complexities come in, trying to manage these things on a national scale and in all different situations.

We've created what we call a Bankruptcy Advisory Service, where we work with the servicer and their legal counsel, and we advise them on what we see as the best path. What we do that's different is that servicers and their counsel tend to look at court data to make their decision, and that's just really a small piece of the case. We do a number of other things that haven't been done before, where we actually reach out and have a dialogue with the trustee. The direction the trustees are going in makes a big difference to the options available to the servicer. By meeting with the trustee, finding out their intentions, getting their direction in line with the servicer’s direction, we're able to put together deals that are win-win for both sides.

2021-02-10
David Wharton
Previous: How Affordable Housing Impacts the Neighborhood
Next: A Growing Number of Millennials Say ‘No’ to Homeownership