Recovery continues to crawl, but remains steady, as nearly 2.1 million U.S. homeowners remain 90 or more days past due, but not yet in foreclosure–1.7 million homeowners more than at the same time last year or five times pre-pandemic levels.

In an effort to 'deliver immediate relief' to homeowners during a national health crisis, President Joe Biden extended the national moratorium on home foreclosures for federally-backed mortgages through the end of June 2021. It was previously set to expire March 31, 2021.

Black Knight also found that foreclosure starts were down 86% year-over-year in January, with sales activity down more than 95%.

And while government intervention has reduced near-term risk, such actions will likely offset recovery times and extend the length of the housing recovery period. At the current rate of improvement, approximately 1.8 million U.S. mortgages will still be seriously delinquent at the end of June when foreclosure moratoriums on government-backed loans are currently slated to lift.

Also in January, Black Knight found that prepayment activity fell by 17% from December 2020, but was still more than 85% higher than it was at the same time last year. 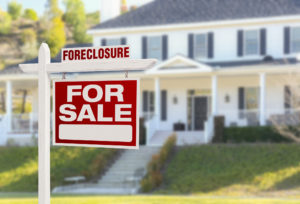 Approximately 0.24% of U.S. loans were in active foreclosure in December, marking a historic low, with the month's 4,100 foreclosure starts nearly 90% below December 2019's levels.