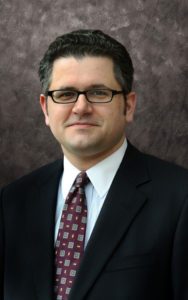 Dr. Mark Calabria's nomination to head the Federal Housing Finance Agency (FHFA) as Director took a step towards confirmation with the Senate's Banking Committee approving his nomination by a vote of 13-12. The nomination will be confirmed after a Senate vote that is being set for a later date.

"If confirmed all these nominees will play integral roles in helping to promote the U.S. trade and facilitate commerce abroad, oversee policy and regulation of the financial system and support our nation's housing system," said Sen. Mike Crapo in his remarks before the vote.

Calabria was nominated for the post of Director FHFA by the Trump administration in December 2018. Prior to being nominated for this position, he was the Chief Economist to Vice President Mike Pence.

“I congratulate Mark Calabria on his nomination as director for the Federal Housing Finance Agency,” said Ed Delgado, President and CEO of The Five Star Institute. “Housing finance policy is approaching a critical juncture and we look forward to working with Dr. Calabria and the team at FHFA towards implementing regulations that preserve and protect homeownership.”

Recently, Calabria had told the Senate Banking Committee during a hearing that he was committed to making the FHFA a "World-class regulator."

"FHFA is absolutely necessary," Calabria had said while answering a question on why he wanted to take up this job, despite his past remarks. "In fact, I want to raise the stature of FHFA. I remember how the employees at its predecessor felt and their inability to stand up and be able to do effective financial regulation. I'm committed to seeing turning FHFA into a world-class regulator."

While his prepared remarks didn't mention the current administration's goal of the privatization of the government-sponsored enterprises (GSEs), Fannie Mae and Freddie Mac, Calabria addressed these issues during his discussions with the Committee. Calabria said that if he was confirmed as Director of the FHFA his role would be to "carry out the clear intent of Congress, not impose my own vision."

During his nomination hearing, Calabria gave an outline of what his priorities would be if confirmed. Calabria said that a number of critical elements were needed in reform such as a "greater need for competition." He said the current FHFA mandate was clearly where "the regulator cannot make such changes." As a result, he said, "The very broad changes that have to happen in the mortgage finance system have to be done by Congress."

Calabria said that if he was confirmed as the FHFA Director his objective would be to ensure the GSEs were, "well capitalized, well managed, and well regulated."

Clarifying his comments on getting rid of the GSEs in the past, he said that they were essentially pointed towards getting rid of the model of privatizing gains and socialize losses. "I believe all large financial institutions need to be well capitalized more managed, more regulated, and I believe the GSEs were "none of the above" before the crisis. "I want these entities to be good corporate citizens, I want them to be the model of how other corporation should want to behave."