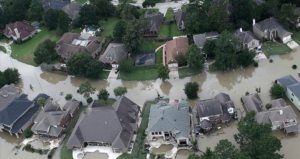 The U.S. Department of Housing and Urban Development (HUD) announced a grant of $652 million to help Texas in its efforts to recover from the effect of 2017's Hurricane Harvey on the state's housing and infrastructure.

This grant supports the $5 billion in disaster recovery that was approved by HUD in June 2018. On its part, Texas has submitted its latest recovery plan for HUD's review. The plan primarily focuses on the restoration of damaged and destroyed homes, businesses, and infrastructure.

The additional funding allocated to HAP increases total funding for the program to around $1.3 billion to help meet owner-occupied housing's unmet need, the plan submitted by the state indicated.

“Today, we’re taking another important step along the path to recovery for hard-hit areas in East Texas,” said HUD Secretary Ben Carson. “HUD is committed to working alongside Texans to rebuild their homes, restore their businesses and repair their critical infrastructure.”

The Texas General Land Office (GLO) estimates the cost of damages from Hurricane Harvey at $120 billion, making it the costliest event in U.S. history. The hurricane shut down ports, trade, tourism, oil and gas production, agricultural production, and general businesses across most of the Texas coast, for almost a week and, in some cases, significantly longer.

"I am grateful to Secretary Carson for his tremendous partnership throughout the recovery and ongoing rebuilding process and for his leadership from the very beginning," said Texas Governor Greg Abbott. "With these funds, Texas will do more than rebuild. We will rebuild our communities stronger and more resilient than before."

According to the GLO, over a million homes were impacted by Hurricane Harvey and Texas is projected to spend more than $2.6 billion on response and recovery.

Previous: Maxine Waters: “This Hearing Was Long Overdue”
Next: The Industry Pulse: Updates on Black Knight, Schneiderman & Sherman, and More …