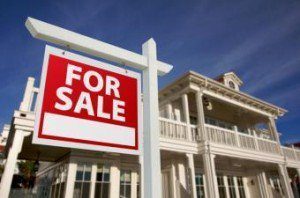 An overall growing economy, rising incomes, and a strong job market did little to increase the number of buyers signing on the dotted line to achieve their dream of being a homeowner. In fact, pending home sales fell to their lowest level since October 2014 according to data from the Pending Home Sales Index released by the National Association of Realtors (NAR) on Wednesday.

The index, based on contract signings during a month, fell 4.7 percent to 104.6 in January from 109.8 in December 2017. On an annual basis, the index declined 3.8 percent from the same period last year according to data released by NAR.

“There’s little doubt last month’s retreat in contract signings occurred because of woefully low supply levels and the sudden increase in mortgage rates,” said Lawrence Yun, Chief Economist at NAR. “The lower end of the market continues to feel the brunt of these supply and affordability impediments. With the cost of buying a home getting more expensive and not enough inventory, some prospective buyers are either waiting until listings increase come spring or now having to delay their search entirely to save up for a larger down payment.”

Data from NAR showed that the number of available listings were at an all-time low in January and were 9.5 percent below the available levels during the same period last year.

Low inventory has been a cause of concern for realtors since the end of 2017. According to Realtor’s 2018 National Housing Forecast released at the end of 2017, concerns over housing inventory was listed among the top five trends to watch in the housing market. “In August, the U.S. housing market began to see a higher than normal month-over-month deceleration in inventory that has continued into fall,” the report noted. "Based on this pattern, Realtor projects U.S. year-over-year inventory growth to tick up into positive territory by fall 2018, for the first time since 2015.”

According to Yun, In addition to new home construction making progress closer to its historical annual average of 1.5 million starts, institutional investors beginning to unload their portfolio of single-family properties back on the market and more hesitant homeowners deciding to sell will be the three factors that can help alleviate the low supply levels.