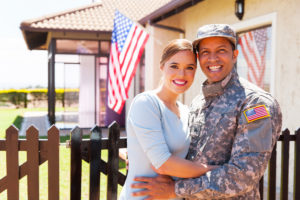 The Consumer Financial Protection Bureau released it’s latest quarterly consumer credit trends report on Friday, which focused on mortgages made to first-time homebuying service members. The data for the report came from the Bureau’s Consumer Credit Panel (CCP) providing a unique look at the mortgage choices and outcomes between 2006 and 2016. Overall, the report showed that service members chose more VA mortgages than conventional mortgages, and the increase was equal among those with prime or nonprime credit scores.

When buying a house, service members have the option of taking out a home loan guaranteed by the U.S. Department of Veterans Affairs (VA), or a conventional loan which is regulated by a different government agency, such as the Federal Housing Administration (FHA) or U.S. Department of Agriculture (USDA). The two differ in many ways such as VA home loans allow a purchase with no down payment and without mortgage insurance and may provide unique loan-servicing protections.