Home / Daily Dose / Money Management: Who Does It Best? 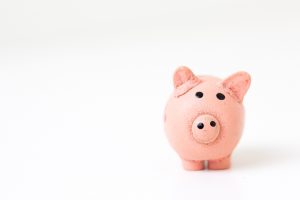 Especially during a pandemic-provoked recession—as millions of Americans struggle to find or maintain work and to afford housing payments, medical, and other essential bills—credit experts and data analysts say it is more important than ever to be a capable money manager. Unfortunately, just 55% of respondents to a recent survey rated their knowledge of personal finance high. The same study revealed that about two in five adults maintain a budget and keep an eye on their spending. The intel comes from WalletHub's "2021’s Best & Worst Cities at Money Management" survey and report by financial writer Adam McCann.

"Money management is a life skill that unfortunately isn’t taught as often as it should be," McCann wrote. "It’s a skill that everyone should want to learn too, as it can bring about flawless credit and freedom from debt ... [and] it's clear that some Americans are better than others at handling their finances."

WalletHub analysts set out to unearth the regions of the country with the most and least collective financial literacy. Researchers compared more than 2,500 cities based on 10 key money management indicators, with data set on average credit scores, mortgage-payment delinquencies, mortgage debt to income ratio, foreclosure rates, and more.

Cupertino, CA; Scarsdale, NY; and Saratoga, CA topped the list of most-financially literate cities. At the other end of the spectrum, at slots 2,570-2,572, are Bastrop, LA; Lithonia, GA; and Fairburn, GA. (The full list is on WalletHub.com).

Economics professor Linda M. Hooks (Washington and Lee University) says that in her home state of Virginia, financial skills are a mandatory part of the high school curriculum.

"I support this approach because almost every person will encounter certain basic situations that require some financial knowledge, such as getting a job, obtaining a credit card, and paying taxes," Hooks said.

Economist Ryan Herzog at Gonzaga University agrees young people would benefit from increased education related to financial markets and beyond.

"The financial system has become more complex while our ability to purchase financial assets has become easier," he says. "Students are in awe over stories around Bitcoin billionaires or the GameStop millionaires. But with every success story, there are hundreds of stories, where people lost their entire savings. Students aren’t hearing these stories."

Herzog says the two biggest mistakes he sees consumers making include ignoring or not understanding fees and interest rates. ("This applies to both traditional banking and financial markets," he said.)

Second, he says, is the belief you are acting on superior information which will enable you to beat the market.

"The speed at which financial transactions can be made, combined with the desire for instant gratification has set us up for a lot of undesirable outcomes."

He acknowledges that "you can't manage what you don't have," and that, especially now, millions of Americans are fighting to pay their rent or mortgage, medical bills, groceries, utilities, etc.

"For households that are fortunate to have stable employment and escaped the worst of the pandemic, it is a good reminder that everyone needs to be prepared for impossible, unpredictable circumstances," he said.