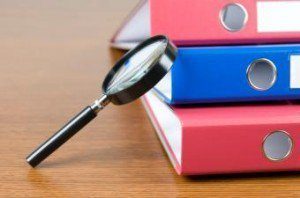 On Thursday Kroll Bond Rating Agency [1] (KBRA) released its analysis of the current state of mortgage servicing rights (MSRS) in a paper title, “Mortgage Servicing Rights: Rising Yields Are Good.” According to the report, KBRA is unsure if the strength seen in MSR pricing in 2016 will continue into 2017 saying, “We expect to see plenty of volatility in the rest of 2017.” One bright spot for MSRs may be the new administration since KBRA reported that since the November election, “the prospects for MSRs and the firms that hold them improved enormously and with little warning.”

As part of KBRA’s report, the rating agency delved into the MSR status of some of the nation’s top servicers including Wells Fargo, Citigroup, Bank of America, and Ocwen. In terms of the nation’s largest mortgage servicer—Wells Fargo—KBRA reported that the bank saw the fair value mark of its single-family MSRS fall 8 percent quarter over quarter at the end of Q1 2016, ending up at $12.7 billion. By the end of the year however, Wells Fargo ended up at $13 billion due to the change in interest rates during Q4 2016.

Like Wells Fargo, Citigroup also saw a boost to their year-end MSR value due to changes in interest rates. KBRA reported that the bank experienced a 23 percent jump in its fair value of MSRs in Q4 2016 from Q3 2016 and ending the year at $1.6 billion. As DS News previously reported, on January 30 Citigroup announced that they sold nearly $97 billion in servicing rights to New Residential Investment Corp. “Needless to say, the timing of the sale coming near the peak valuation for MSRs in the past three years was very propitious indeed,” said KBRA.

JPMorgan continued the trend of the top banks ending their years with increases to the fair value of MSRS. The bank finished the end of 2016 at $6.1 billion, an uptick from $5.7 billion at the end of Q2 2016.

According to KBRA, Bank of America has had some of the lowest MSR valuations out of the top four banks since the financial crisis. In 2016 the bank realized “less uplift in terms of the estimated valuation of the MSR than other top banks, including a downward $820 million adjustment to the fair value of the MSR,” KBRA reported. In response, the bank explained that this “Represents the net change in fair value of the MSR asset due to the recognition of modeled cash follows and the page of time.” Overall, the bank ended the year with a net $306 million increase in MSR value due to these same reasons. Because of this variance, KBRA said “there is no way for analysts or investors to anticipate or understand these adjustments based upon public disclosure from the issuers.”

In its analysis, KBRA also looked at MSRs among non-banks, the largest being Ocwen Financial, which reported $1.1 billion valuation for all its MSRs at the end of 2016. “Most of Ocwen’s MSRs are carried at the lower of cost or market, so fair value is not necessarily the best metric for investors examining this issuer, but it is the closet to the presentation of other holders of MSRs. The “updated assumptions” discussed in the Q4 2016 earnings presenting showing a $2.2 billion MSR valuation is probably more relevant to investors in terms of true future worth to the enterprise,” the report noted.

To read KBRA’s full report, including the MSR values of other banks covered, click here [2].