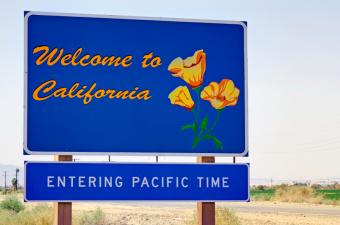 Like many parts of the country, California is facing a crisis of housing availability and affordability. According to the California Department of Housing and Community Development, 97.6 percent of California cities failed to meet their affordable housing goals in 2017. One proposed bill (SB 827) introduced by Sen. Scott Wiener (D-San Francisco) would attempt to combat this problem by eliminating restrictions on the number of houses permitted to be built within a half-mile of train, bus, and other transit routes and stations, as well as increasing height limits on new buildings constructed within that zone.

“We have a severe housing shortage and part of the problem is that core areas with transit access don't allow much housing," Sen. Wiener told the LA Times. "That creates sprawl, huge commutes and it's not sustainable."

How much of a difference could this change really make? Quite a bit, according to a 2016 study by think tank the McKinsey Global Institute. They found that California could add as many as 3 million new homes if the state rezoned to allow housing within the half-mile limit of transit stops.

However, the bill has its detractors. Los Angeles City Councilman Paul Koretz didn’t mince words when he called the plan “the worst idea I’ve ever heard.” Koretz, who represents parts of LA’s Westside, told the Times, “I would have a neighborhood with little 1920s, ‘30s, and ‘40s single-family homes look like Dubai 10 years later.” Koretz argues that the increase in home building would dramatically increase traffic in the existing single-family neighborhoods that would be affected.

This past week, LA Mayor Eric Garcetti joined the voices in opposition to SB 287, citing concerns about affordability issues with the new home developments and potential impacts to the existing “character” of the neighborhoods that would be affected.

Garcetti spokesman Alex Comisar said in a statement, “Mayor Garcetti appreciates Sen. Wiener's bold proposal to help address our housing crisis, and the most recent amendments are encouraging. But this bill is still too blunt for our single-family home areas.”

California YIMBY, a statewide pro-housing group, remains a key supporter of the bill, arguing on their website that “Last year, California passed laws to designate over $800 million per year for public transportation by increasing vehicle and gas taxes. SB 827 makes good on that investment by allowing more people to live near transit-rich areas.”

Previous: Tiny Homes Could Help the Homeless
Next: How Could Import Tariffs Affect Housing?