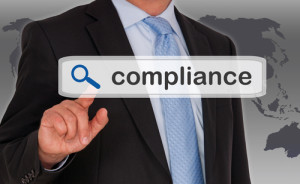 Since the Great Recession, the compliance landscape in the mortgage servicing industry has shifted dramatically. With the enactment of the Dodd-Frank Wall Street Reform and Consumer Protection Act (“Dodd-Frank”) and the subsequent formation of the Consumer Financial Protection Bureau (“CFPB” or “Bureau”), keeping up with the pace and breadth of regulatory changes has been a daunting effort. Servicers have to expend substantial resources to comply with evolving standards imposed by the Bureau, not to mention the state and local regulations and judicial decisions that have compounded alongside the federal overhaul. This new focus on compliance has deeply impacted the small to mid-size servicer in recent years.

Dodd-Frank Section 1024 grants the CFPB supervisory authority over nonbanks that offer three specific types of consumer financial products or services: mortgages, private education loans, and payday loans. The Bureau is authorized to supervise these entities for purposes of assessing compliance with federal consumer financial law, obtaining information about the companies’ activities and compliance systems or procedures, and detecting and assessing risks to consumers and consumer financial markets.

From the beginning, the CFPB has made the mortgage industry a top priority in rulemaking efforts. In 2014, the Bureau enacted the final mortgage servicing rules, which for the first time created national servicing standards. Since then, the CFPB has adopted numerous amendments to those rules, with many others proposed and pending.

Complicating matters even more, the Bureau does not always adhere to the standard notice or comment procedure when enacting a rule. Rather, it has used public statements and enforcement actions to implement policy changes. This process creates a great deal of regulatory uncertainty due to the constant evolving requirements. With the growing number of rules from the Bureau, state regulators, local requirements, and judicial decisions, servicers of all sizes—including small and mid-size—are spending a considerable amount of resources to track, analyze, and implement regulations.

The Industry’s Response: People and Technology

In response, the mortgage industry as a whole has seen an increase in the hiring of legal, compliance, and risk management professionals. These individuals are employed by servicers to research, analyze, and implement new regulations and guidelines. Beyond hiring compliance personnel, servicers also have to spend money and time on employee training, specifically covering new required processes and procedures.

Technology is another area requiring additional resources. For example, the industry has seen an increased focus on cyber security from the CFPB, Office of the Comptroller of the Currency (OCC), and the New York Department of Financial Services (NYDFS). Most recently, in late 2015, NYDFS issued proposed regulations on “Potential New NYDFS Cyber Security Regulation Requirements.” The press release outlined the need for rule makers to more closely regulate cyber security after studying the overall risk posed to the financial industry. Servicers have responded to cyber security requirements by implementing new technical infrastructures and updating existing software to protect sensitive information. We anticipate that there will be further regulation in this area as it has become an increased area of focus for state and federal regulators.

The costs needed to operate in this environment—both human and technological—were virtually unheard of prior to Dodd-Frank. In fact, the 2005 MBA mortgage servicing cost study did not even include “compliance” as a line item.

The additional expenses that servicers are facing, as a direct result of the current regulatory environment, have only accelerated over the past decade. While it is possible that the industry may see some regulatory relief in the future, any relief will likely be marginal, and not a wide-scale reduction in the overall compliance burden. In fact, the 2015 Cost of Compliance Survey Report published by Thomson Reuters found that 60% of respondents expected the cost of compliance to increase in 2016.

Servicers spend millions of dollars a year on compliance to avoid the risk of large fines and reputational damage. The CFPB handed down one of its most significant fines for mortgage servicing process misconduct in 2013. The penalty included $2 billion dollars in principal reduction to underwater borrowers, $125 million in payments to the nearly 185,000 borrowers who had already been foreclosed upon, and adherence to new servicing processes. This enforcement action clearly set a precedent that the Bureau has continued to follow.

Just last month, regulators reached a settlement of approximately $470 million with a mortgage servicer to address mortgage origination, and servicing and foreclosure abuses. This action paralleled the National Mortgage Settlement and involved the Justice Department, the Department of Housing and Urban Development (HUD) and the CFPB, along with 49 state attorneys general and the District of Columbia’s attorney general. As the most recent example of steep penalties against a mortgage servicer, it provided a timely demonstration of the breadth of the regulatory landscape.

When discussing fines and mortgage settlements issued by regulators, it is important to note that there are additional costs associated with these penalties, besides the fines themselves. A servicer will have to engage legal counsel and internal resources to assist in preparing for and responding to CFPB audits and investigations. Further, if there is a consent order issued or settlement reached, the servicer will have to implement remedial measures, which may include modifications to internal processes and improvements, employee training, and technology investments. Cumulatively, these costs can substantially impact a servicer’s bottom line.

Impact of Compliance on Small to Mid-Size Servicers

It is increasingly apparent that many servicers, especially small and mid-sized with limited resources, will not be able to keep pace with the degree of regulatory change. When the mortgage servicing rules were proposed, many financial institutions voiced deep concerns about their ability to comply with the new regulations.  Following the rules’ effective date, these concerns have only worsened, focusing on whether these companies have the ability to comply and still stay in business. While the largest servicers may be better able to absorb additional costs, small and mid-sized entities are struggling to hire competent legal and compliance staff, invest in technological upgrades, and draft and implement complicated policies and procedures.

This regulatory environment is ushering in a scenario where small and mid-sized financial institutions cannot effectively compete. This is ironic because these smaller players were, for the most part, not responsible for the practices that caused the financial crisis, and therefore have had greater support from the CFPB.

The inability to invest in both compliance and growth may ultimately result in industry consolidation: an unintended consequence the CFPB would probably want to avoid since it could lead to less competition and higher costs for consumers. The early signs of this consolidation are already being seen in the consolidation of service providers, such as foreclosure default law firms, etc. We are also starting to see some mortgage servicers close their doors, having concluded that they cannot effectively compete in this environment. For example, we have recently seen small to mid-sized servicers selling their portfolios to larger servicers. We expect this trend to continue, and to hold especially true for servicers subjected to CFPB enforcement actions, which will require costly compliance and operational changes as a condition of remaining in business. For example, in past enforcement actions, the CFPB has required small and mid-sized servicers to make substantial investments to prevent future violations of federal law. These investments have included: installing an experienced compliance department, compliance training for staff, modifications to existing processes and procedures, and updating systems and software.

What the Future Holds for the CFPB and the Financial Industry

The Bureau has been criticized by many because of its perceived over-regulation of the mortgage servicing industry. This has made the Bureau a target in Washington as some in Congress push for more oversight of the CFPB’s budget, governance structure, and process for enacting new rules. Congressional oversight of the CFPB and the impact it has on the financial industry have been important topics since the Bureau’s inception, given that it has no predecessor as a model. The conversation will continue as the CFPB—and the regulatory environment as a whole—takes center stage heading into the 2016 Presidential election.

As some wait for the political process to run its course, the majority of the industry looks for regulatory relief directly from the CFPB. The industry has been vocal about how the CFPB imposes regulations on the financial industry with little to no regard to the cost of implementation. Recently, the CFPB announced an open comment period for their “Generic Information Collection Plan for Information on Compliance Costs and Other Effects of Regulations,” a subtle sign that the Bureau recognizes the growing concern of compliance costs within the financial industry. While this concern may be too late for some small to mid-sized servicers, for others it may be just in time.

Maria Moskver is Chief Compliance Officer and General Counsel at the Walz Group, a division of LenderLive. Janee Harris, Regulatory Counsel at WALZ, also contributed to this article.

Previous: Investors, Here is Where You Will Find the Best Single-Family Rental Opportunities
Next: HUD Awards $1.6 Billion in Grants to Fight Homelessness

Maria Moskver is the Chief Compliance Officer at WALZ, with over 16 years of experience in the consumer finance industry—including loss mitigation, bankruptcy and operations—bringing extensive knowledge of TILA, RESPA, FCRA, FDCPA, Dodd-Frank and other regulatory issues.