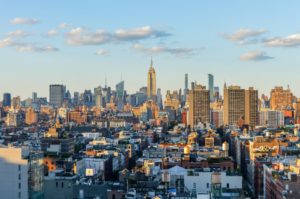 NeighborhoodScout [1], a web-based analytics platform, recently released its 2018 list of the Top 100 Most Dangerous U.S. Cities [2].

They compiled the list by examining violent crime reports of cities with a minimum population of 25,000. They then took the number of crimes reported in the city, along with the population total, and divided by 1,000 to determine the crime rate.

Violent crimes used for this analysis include murder, rape, armed robbery, and aggravated assault. The calculations made from these reported incidents gives a rate for violent crime per 1,000 residents.

“Limited economic opportunity plays a role in such communities and highlights the divide between the safe bedroom communities within large metro areas near major urban centers like Boston, Chicago, and New York, and the high-crime industrial-satellite communities,” Schiller said.

The list shows Monroe, Louisiana, as the most dangerous city in 2018. Monroe, a medium-sized city with 49,297 people, is situated about 100 miles away from two larger cities—Shreveport, Louisiana (194,920 people), and Jackson, Mississippi (169,148 people). In comparison to the rest of the country, Monroe is considered lower middle class and has a relatively high rate of people living in poverty.

One major factor affecting Monroe is the lack of a large business and economic center within reasonable commuting distance, which makes it more difficult for residents there to find higher paying jobs. The city’s above-average housing vacancy rate, along with a lower quality of public schools, reduces economic activity in the area and makes attracting and retaining skilled workers more difficult.

Other cities with similar scenarios to Monroe include Chester, Pennsylvania, and Homestead, Florida.

NeighborhoodScout’s crime data analysis is the most comprehensive study available due to it factoring in crimes reported by every local law enforcement agency in the country.