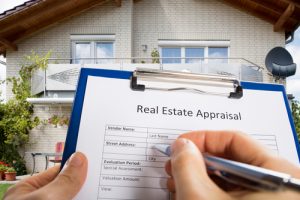 Accurate home appraisals are key not only to attaining mortgage financing but also to establishing the level of equity in a homeowner's property.

Having previously shown that in-person appraisals are subject to bias and discrimination, research associates at the Urban Institute recently conducted a study in an effort to understand how automated home appraisals—which have gained in use with the COVID-19 pandemic—are working for various racial groups.

"Automated valuation models (AVMs) are a type of financial technology that can be an alternative or supplement to in-person appraisals," explain UI fellows Michael Neal, Linna Zhu, and Caitlin Young, who authored the report. "Many lenders use AVMs as part of their lending decision process. AVMs apply mathematical algorithms to a database of housing activity, including sales transactions, to calculate a home’s value. Hypothetically, by limiting the human assessment element and potential racial bias, AVMs could provide a more accurate picture of a home’s value in majority-Black neighborhoods, which could hold promise for closing the racial wealth gap."

Digging into data from Atlanta, Memphis, and Washington, DC, the authors set out to determine if and how AVMs contribute to racial disparities in home value estimates. The researchers studied the accuracy of AVMs in majority-Black neighborhoods relative to majority-white neighborhoods by comparing the AVM estimate with the actual sales price.

The full report is available on urban.org.