Digital Frontiers: The Next Generation of Mortgage Servicing 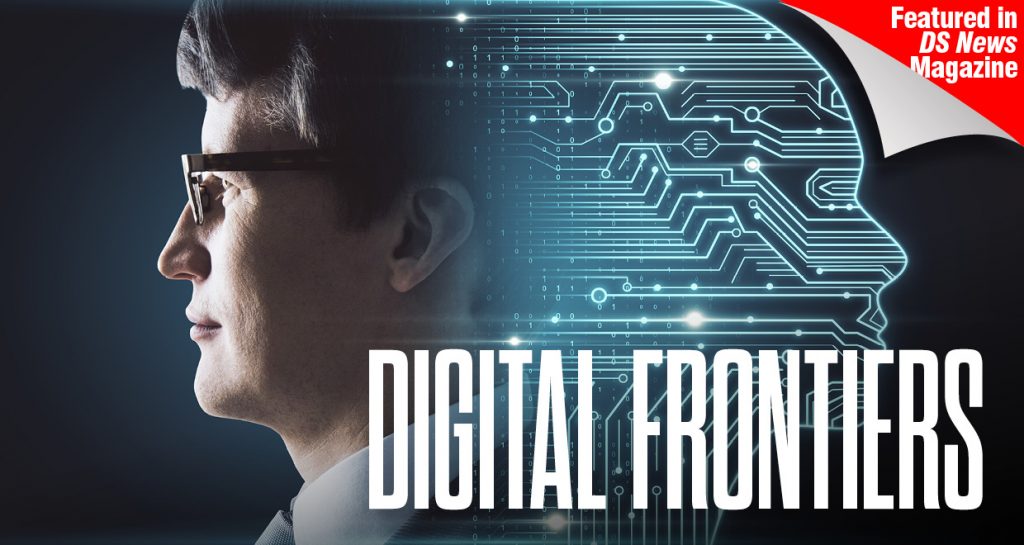 Editor’s note: This feature originally appeared in the March issue of DS News

Finding the balance between managing costs and prioritizing innovation has always been challenging. In the early days of 2020, however, the mortgage servicing industry is in a good place to think about the future, buoyed by a strong economy and poised to take advantage of promising fields of emergent technology such as blockchain, artificial intelligence, and more.

DS News recently spoke with various fintech professionals and subject-matter experts about how technology is being used across the servicing landscape, and why a commitment to data security is more critical than ever. As the world continues to move ever further into a digital frontier, financial companies are working to address customer and client concerns while keeping key information safe from those with ill intent.

Gagan Sharma, President and CEO of BSI Financial Services, stated that, as with the health of a human body, innovation is not just an immediate response, but rather an ongoing process.

“We always need to be innovating,” Sharma said. “It becomes a question of, in what area should we focus our efforts? As a company, we’ve said, the customer experience is becoming much more digital and mobile. We’ve made the determination as a company that we need to focus on the customer experience, and so we over-invested in technology in order to build those proprietary tools.”

Technology continues to play an integral role in the industry, and lenders and servicers are implementing automation enhancements to maximize efficiencies.

Title agents and real estate professionals looking to satisfy their clients’ demand for swift transactions turn to fintech, which has the potential to “streamline time-consuming processes, increase security and improve the homebuying experience,” said Mark Fleming, Chief Economist at First American in a recent blog post.

“The fintech revolution is here, and it is here to stay in real estate,” he added.

According to the latest bi-annual First American Real Estate Sentiment Index, about 67% of title agents and real estate professionals intend to adopt new fintech in the next year. About 31% of those surveyed plan to do so in the next three to six months.

The fintech tools with the greatest potential to quench the growing thirst for speed and efficiency within the industry, include secure communication/collaboration tools, according to the First American survey.

However, technology is only useful if it actually solves a problem, according to Computershare COO Jeff Johnson. So, what problems can these advancements solve for servicers?

According to Johnson, tech should be used to support customers, and with automation increasingly able to handle processing work, servicers can take a more hands-on approach to their customers.

As Johnson notes, for default servicers, increased levels of automation can create the best possible experience for customers by increasing the speed with which their default is processed and thus alleviating some of the stress and anxiety.

“By hyper-automating the initial process, potential scenarios for defaults can be created and offered quickly before moving to a final default resolution,” Johnson says. “At some point, the time this process takes may become hours instead of days.”

Jane Mason, CEO of Clarifire, echoes Johnson’s sentiment. Through automation, Mason notes, the needs of customers can be met faster and more efficiently, so long as proper processes are used.

“It’s time that default servicers and service providers embrace workflow process automation by blending together artificial intelligence and robotic process automation for those straightforward, repetitive manual tasks,” Mason said. “Through interoperability, extending these capabilities to make connecting to other entities in our industry, is a crucial element moving forward.”

Another way tech is improving efficiency is through visual classification technology, which, as it implies, is a non-text-based approach to classifying documents in loan files. Patrick Gluesing, President and CEO of The StoneHill Group, told DS News how this process can correctly identify over 99% of key loan documents, improving accuracy while lowering costs.

“This is critical as accurate classification is the basis upon which all mortgage document processing is dependent,” he added.

Automation is not only efficient, but also compliance-friendly. When tech is able to take over the more mundane tasks a servicer faces, regulation becomes second nature.

A lot of information is shared during real estate transactions, and that information is valuable, leading to a rise in cyber crime among financial companies. Cybersecurity remains a top concern at a majority of lending institutions, according to the 2019 Regulatory & Risk Management Indicator released by Wolters Kluwer, with 78% of lenders reporting it as a top risk that will receive “escalated priority” in the next year.

Malware attacks made up 34.4% of attacks in 2019, the largest share of any other attack type. Meanwhile, account hijacking made up 18.2% of attacks. Among financial services institutions, there were 927 reported incidents, 207 of which included confirmed data disclosure. Web applications, privilege misuse, and other miscellaneous errors made up 72% of breaches.

Most malicious breaches (88%) were reportedly done for financial reasons, while espionage made up another 10%.

“That information can, in the wrong hands, become valuable and disruptive to the consumers or to the business owners,” said Bruce Phillips, SVP & Chief Information Security Officer at WEST.

According to Phillips, the value of an identity has shot up in recent years. “Whereas, 10 years ago, a fully vetted identity might have been worth around a single dollar, now, depending on credit worthiness, identities may be worth something in the hundreds of dollars range. You could effectively be sitting on $1 million worth of target for a criminal,” Philips said.

One rising concern facing the industry is wire fraud. According to data from the FBI, wire fraud is on the rise, with the Bureau reporting a 166% increase in reported wire fraud between 2017 and 2018. On the state level, governments are combating rising fraud risk through regulation, including the California Consumer Privacy Act.

These regulations are the first step to combatting the national wire fraud epidemic, but it will also require extra care and attention at the servicer level to ensure fraud doesn’t continue to spread. This means encrypting non-public data and, eventually, moving to blockchain.

Jane Mason said, “Extending the use of blockchain will help lock down not only the title aspects, but the servicing eligibility and qualification data collected from third-party services such as credit reporting.”

For now, servicers must be proactive in monitoring the data going in and coming out, according to Regina Lowrie, President and CEO of fintech services company Dytrix. Employees must also be trained on phishing practices that fraud criminals use, and know how to identify fraud before it strikes.

“We're now validating recipient bank account number and ADA number for the lenders before they ever issue a wire, for anything,” Lowire said. “Even if it's for a payoff.”

“I believe that limiting the email traffic with a third-party that is on an unsecured network is the best practice,” she added.

"Ultimately, the industry is expected to embrace new digital technologies where it supports clear efficiencies and a cost-benefit," said Fitch Ratings during their fourth annual U.S. RMBS servicer roundtable event. "However, servicers that are most effective in leveraging technology to directly embrace challenges such as the anticipated LIBOR transition, periodic catastrophes, and industry competition are more likely to be successful in 2020 and beyond."

According to Fitch, U.S. RMBS servicers showed an improved awareness of difficulties and implications tied to the anticipated expiration of LIBOR at the end of 2021. These servicers are also preparing for natural disasters as risk increased over the past decade. Servicers use FEMA-designated disaster area notifications to assess the initial impact to their borrowers.

Strategies that servicers are employing include waiving late fees, temporary credit bureau reporting cessation, and short-term forbearance plans. The GSEs, as well as private investors, have policies that address most disaster scenarios, and such policies have been institutionalized across the mortgage servicing industry. RMBS servicers agreed that while natural disaster frequency has increased, the impact to their portfolios has so far been minimal.

Servicing also faces numerous challenges that can be mitigated by tech in the aftermath of a natural disaster. Many of these issues stem from the length of the processes involved and the amount of information needed, Johnson noted.

According to Jane Mason, disasters, as tragic as they are, can be a time for advancement.

“Technology needs to help reduce risk for servicers, as well as their borrowers and investors,” Mason said. “Consider implementing technologies that can seamlessly take the customer from onboarding through each phase of servicing, including loss mitigation—with no gaps. Such capabilities are valuable for servicing in general but even more important when evaluating an uncontrollable event such as a natural disaster.”

New technology is already making disaster response easier, as servicers are able to react quicker and more efficiently. Of course, the benefits of advancing tech are not just limited to disaster prep and recovery. Before disaster strikes, predictive analytics can forecast risks of default and possible losses, giving the customer the assistance they need faster and far more efficiently. Johnson explains that a rules-based technology platform married with digital photography streamlines the whole valuation process, giving hundreds or even thousands of valuations within days, but how does it work?

“A rules-based technology system will identify the damage through digital photos and create a cost estimate of damage —including cost of repairs—based on ZIP code,” Johnson said. “This is done by reading images and connecting them to data. This type of rules-based valuation platform processes each post-disaster property within minutes once the digital photos are uploaded.”

Training for the Future

With new tech in place, the next generation of servicers needs to have the know-how to effectively manage the digital future. Clients and customers will be the most important part of the conversation, as they will feel the immediate impact of emerging tech. How are tech professionals training their teams to stay on top of change, and what part does the customer play?

“The idea of ‘training’ really isn’t just a linear training program,” Johnson said. “Instead, we look at employees, clients, customers, technology, and solutions as one continuous conversation. The ultimate objective is that clients are the most important part of this conversation, but all the other audiences contribute to customer service.”

Johnson goes on to note that constant feedback from servicing clients and employees is vital to the technology integration process, and new generations are increasingly tech-savvy enough to give reliable feedback on self-servicing.

“Fintech is a tool to sustain customer satisfaction and retention. Through retention comes growth,” Johnson adds. “Through growth, there is profitability.”