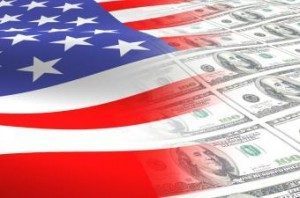 Fannie Mae and Freddie Mac announced that they are officially set to launch their first universal mortgage-backed security (UMBS) this summer. This announcement came on the heels of a recent update to the Securities Industry and Financial Markets Association’s (SIFMA) Good Delivery Guidelines. According to Freddie Mac, the GSE will launch its first 55-day, “To-Be-Announced” (TBA)-eligible UMBS on Monday, June 3, 2019.

Per SIFMA’s Good Delivery Guidelines, UMBS issued by either Fannie Mae or Freddie Mac “will be deliverable into UMBS TBA contracts for settlement,” according to Freddie’s news release issued on Monday. The statement further explained that Freddie Mac “will no longer issue new Gold PCs with a 45-day payment delay after May 31, 2019.”

Starting on May 7, Freddie Mac will offer “holders of 45-day, TBA-eligible and non-TBA-eligible PCs and Giants the option to exchange their eligible 45-day securities for 55-day Freddie Mac mirror securities.” Full details of how this process will work can be found on Freddie’s Gold Exchange PC website.

In a separate news release, Fannie Mae announced Monday that “In support of the Single Security Initiative, Fannie Mae will begin accepting forward uniform mortgage-backed security trades with a trade date on or after March 12, 2019, and settlement dates on or after June 3, 2019.”

The Federal Housing Finance Agency (FHFA) issued its final rule for the UMBS program last week, addressing feedback expressed by commenters on the Notice of Proposed Rulemaking by refining alignment requirements to assure market participants that the GSEs will maintain consistent cash flows. The rule also explicitly outlines the ramifications to the Enterprises of misalignment. The announcement also stated that the preamble to the final rule also notes that FHFA has instructed the Enterprises to lower the maximum mortgage note rate eligible for inclusion in an MBS. It indicated that the requirements apply to the GSEs’ current offerings of TBA-eligible MBS and to the new UMBS.

In FHFA’s statement at the time, Joseph Otting, FHFA Acting Director, said, “This rule demonstrates FHFA's commitment to the success of the UMBS, which will promote liquidity and efficiency in the secondary mortgage market.”

The common securities are aimed at replacing the Enterprises’ current offerings of TBA-eligible MBS and will be issued through the Enterprises' joint venture, Common Securitization Solutions (CSS), using the Common Securitization Platform (CSP). The FHFA previously explained that, after the June 2019 launch, CSP and CSS “will expand to include the administration of multi-class securities and commingled Enterprise UMBS and the production of UMBS disclosures.” CSS and CSP will thereafter begin performing bond administration functions for close to 900,000 securities backed by nearly 26 million loans.

Previous: Economist on the Housing Market: “A Complete Wreck”
Next: Leaning Into Tax Lien Investing