What the American Rescue Plan Means for Housing 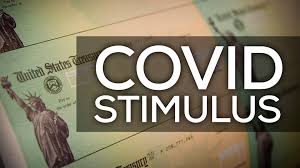 In addition to issuing $1400 stimulus checks to Americans, the plan also will funnel billions into the housing market to alleviate pandemic-related issues like rent nonpayment, which has had a devastating impact on some small-scale landlords.

Unlike past relief packages, this one provides direct homeowner relief; prior bills have created some protections for homeowners but no direct aid, according to CNN.

"These funds are designed to help homeowners avoid foreclosure and catch up on mortgage, utility, property tax, and insurance payments, David M. Dworkin, President and CEO of the National Housing Conference told CNN.

Furthermore, $100 million will be allocated to rural housing and $750 million to housing needs in Native American communities.

Several more housing advocates, organizations, and industry insiders have weighed in on the bill, most reacting favorably with a few reservations.

The National Association of Homebuilders (NAHB), for example, stated that, while "this bill is far from perfect, an economic stimulus package is desperately needed and this legislation contains important provisions for the housing community."

The NAHB cites the millions of mom-and-pop landlords who have not been receiving rent payments for months, threatening their economic livelihoods. "The legislation includes additional funds for small businesses, rental assistance, school reopenings, nationwide coronavirus vaccine delivery, and aid to state and local governments—which are critical to help many of our members and get the economy back on track."

The NAHB also points to the importance of the bill's $350 billion in state and local pandemic relief. Additional funding will enable state and local governments to avoid layoffs of police, teachers, and firefighters, and discourage local jurisdictions from increasing impact fees and other construction fees that harm housing affordability.

"Without federal aid, critical government services such as planning approvals, building permits, and timely inspections are at risk of being curtailed or eliminated, which would result in construction delays and increased costs to homebuyers," NAHB said.

The unprecedented amount of aid will provide relief for millions, yet Diane Yentel, President and CEO of the National Low Income Housing Coalition told CNN it still won't be enough to cover the ongoing need for housing assistance.

He continued, "A return toward normal is a much-needed and welcome development for real estate markets grappling with very tight inventory and listing prices that have already exceeded 2020’s summer peak before the spring season even started. However, the rebound in business activity is ensuring that mortgage rates will continue higher this year. For buyers and sellers, the shift will mean higher financing costs. For homeowners seeking to refinance, higher rates are closing the door of opportunity, as we saw in this week’s sharp drop in refinance applications.”

Some incentives discussed during Biden's campaign— including a $15,000 tax credit for first-time homebuyers—were not included in the stimulus.

"The American Rescue Plan is a straightforward spending bill that distributes money to various stakeholders, Jason Vanslette, a partner at the law firm Kelley Kronenberg, told Business Insider. "Because it's not a policy bill, it's easier to pass through a bipartisan Congress."

Those additional items must be proposed and passed in separate legislature, BI reported.