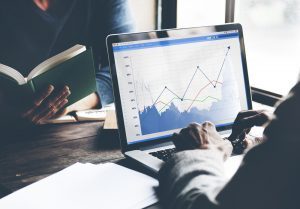 Financial technology (FinTech) companies may soon have the opportunity to become full-fledged national banks, as regulators flesh out regulation from December 2016 which will allow Fin Techs to apply for special national bank charters. The Office of the Comptroller of the Currency released a draft supplement on Wednesday, which adds additional info to the existing Licensing Manual.

According to the draft, a special national bank “means a national bank that engages in a limited range of banking activities, including one of the core banking functions described at 12 CFR 5.20(e)(1), but does not take deposits within the meaning of the Federal Deposit Insurance Act and therefore is not insured by the Federal Deposit Insurance Corporation.”

The guiding principles of the draft are in line with the principles published in March 2016. The supplement aims to apply the licensing standards and requirements in existing regulations and policies to fintech companies applying for special purpose national bank charters. As long as a fintech company meets these standards, it may be considered for a special national bank charter.

Law360 notes that the guidelines stated by the OCC will not allow for FinTech charters to be awarded to companies like Amazon.com Inc or Apple Inc which could seek to expand their financial offerings. Fintech firms must meet consumer protection, capital, financial inclusion and other standards to win charters.

“For example, proposals to provide financial products and services that have predatory, unfair, or deceptive features or that pose undue risk to consumer protection, compliance, or safety and soundness would be inconsistent with the OCC’s chartering standards and will not be approved,” the draft guidelines say.