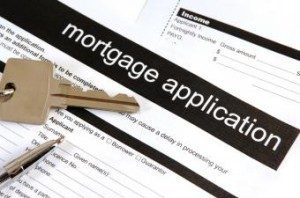 The Fed rate increase on Wednesday caused mortgage rates and applications to jump across the board. Data from Bankrate [1]’s weekly survey found that the benchmark 30-year fixed mortgage rate rose to 4.44 percent while rates for both 30-year and 15-year fixed fixed mortgage rates jumped on Thursday by several basis points week-over-week, and the 5-year treasury Treasury-indexed hybrid adjustable rate mortgage increased from 3.42 percent the previous week to 3.50 percent according to Freddie Mac [2].

“As expected, the FOMC announced its first rate hike of 2017 and hinted at additional increases throughout the remainder of the year,” said Becketti, Chief Economist for Freddie Mac. “Although our survey was conducted prior to the Fed's decision, the release of the February jobs report all but guaranteed a rate hike and boosted the 30-year mortgage rate 9 basis points to 4.30 percent this week. Increasing inflation, continued gains in the labor market and the Fed's intentions for further rate increases—all three will keep pushing mortgage rates up this year."

According to the Mortgage Bankers Association’s [3] (MBA), the average contract interest rate for 30-year fixed-rate mortgages with conforming loan balances increased to 4.46 percent, its highest level since April 2014. Bankrate’s data from Wednesday shows that that the monthly payment for an average 30-year fixed mortgage of $200,000 is $1006.25.

In addition, data from the MBA Weekly Mortgage Application Survey for the week of March 10 showed an increase in mortgage applications by 3.1 percent week-over-week and the seasonally adjusted Purchase Index jumped 2 percent from one week earlier.