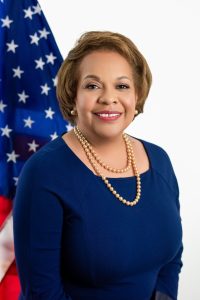 The Senate Banking Committee advanced Thompson by a vote of 13-11, and now awaits the full Senate to confirm her nomination.

Prior to joining FHFA, Thompson worked at the Federal Deposit Insurance Corporation (FDIC), for more than 23 years in a variety of leadership positions, most recently as Director, Division of Risk Management Supervision. During her time at FDIC, Thompson led the Agency’s examination and enforcement program for risk management and consumer protection at the height of the financial crisis. She also led the FDIC’s outreach initiatives in response to a crisis of consumer confidence in the banking system. Her experiences range from supervision to consumer protection, risk management and consumer outreach activities.

The FHFA is responsible for oversight of the $7.2 trillion-plus mortgage finance market.

"MBA applauds the Senate Banking Committee for advancing the nomination of Sandra Thompson to be Director of the Federal Housing Finance Agency,” said Mortgage Bankers Association (MBA) President and CEO Bob Broeksmit, CMB. “Thompson's experience, including as the Acting Director, and knowledge of real estate finance will serve her well as she continues to lead FHFA. We now call on the full Senate to confirm her nomination quickly.”