Financial Regulation in the Trump Era 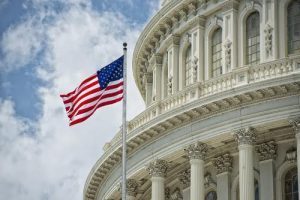 With the current administration at the helm, everyone expects plenty of change to happen, particularly in financial regulation and the lending industry. In a brief titled “Financial Regulation in the Era of Donald Trump” for Indiana State University Networks Financial Institute, Chris Whalen states that the passage of the 2010 Dodd-Frank law and the regulations and legal undertakings that followed it put the U.S. financial sector under the greatest constraints since the Great Depression.

“In the aftermath of the 2008 financial crisis, the focus of politicians in both parties was to punish banks and other financial services companies for a variety of offenses, real and imagined,” says Whalen. “In many respects, the provisions of the Dodd-Frank law were designed to chastise banks and other companies for perceived wrong doing, especially abuses of consumers.”

A challenge that will need to be addressed is the problem of “too big to fail.” . Whalen notes that the aftermath of the bailouts caused widespread anger. This anger increased dramatically in the following foreclosure crisis.

“Meanwhile, virtually no executives of the major U.S. banks and financial institutions were subject to legal sanctions for acts of financial fraud and malfeasance,” Whalen says. “Instead the victims of the 2008 crisis–namely the shareholders of the largest financial institutions–have been repeatedly punished via fines and lopsided legal settlements.”

Regulatory entities are already high-priority targets for President Trump, most notably the Consumer Financial Protection Bureau (CFPB). The president’s team has indicated support of the Financial Choice Act, which, among other things, would modify aspects of Dodd-Frank. The Choice Act would help to reform the CFPB, which, according to Whalen, “has been especially harmful to the mortgage industry and has caused the cost of servicing a mortgage to rise several fold since 2008.”

Additionally, the Choice Act would give regional and community banks a way to avoid most aspects of Dodd-Frank regulations, and a policy of bankruptcy not bailouts, which would force big bank’s parent companies to file bankruptcy and restructure, instead of the current Dodd-Frank policy which allows for bailouts.

Previous: BofA Fulfills Settlement Ahead of Schedule
Next: HouseCanary Announces Collaboration With Google