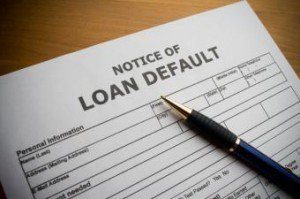 Bank card default rates went up by one basis point to 3.22 percent between February and January, according to S&P/Experian Consumer Credit Default Indices. February’s 3.22 percent default rate is a 44-month high, the highest rate since July 2013.

Interest rates on bank cards can be expected to rise due to the recent federal reserve rate hike, which will affect not only bank cards, but mortgages as well. February’s mortgage default rate was 0.74 percent, two basis points higher than January.

"The increase in the Fed funds rate announced last week by the Federal Reserve will push up the interest rate charged on bank cards in the near future," says David M. Blitzer, Managing Director and Chairman of the Index Committee at S&P Dow Jones Indices. "The quarter percentage point increase will be gradually passed through to the charges faced by those borrowing with their credit cards. Based on the projections made by members of the Fed's policy committee, we could see three or possibly four additional increases this year. Given the prospect of higher interest rates and continuing economic expansion, the recent rise in bank card default rates is not expected to immediately reverse. Interest rates on auto loans and home mortgages are also likely to advance following the Fed's action.”

Mortgage rates will inevitably rise following the rate hike. However, rising rates will not be detrimental to the market, according to the Chief Economist of First American, Mark Fleming.

“Reports have suggested, or surely will, that this rise in mortgage rates will be the demise of the housing market. That’s just not so," said Fleming. “Yes, many existing homeowners will have a financial disincentive to sell because they would lose their lower than prevailing mortgage rates in doing so, the so-called rate lock-in effect. I have suggested that this is one of the reasons we see low inventories in most markets today, but it’s not as simple as that. We don’t act rationally. Even economists who, of all people, should know better.”