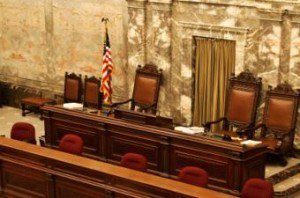 A revised version of the Financial CHOICE Act is in the works, according to House Financial Services Chairman and bill author Jeb Hensarling, R-Texas. Hensarling announced at the American Bankers Association Government Relations Summit on Wednesday that a revised version of the act would be released “soon,” but gave no further details on how soon.

Hensarling first introduced the Financial CHOICE act last summer, in response to the 2010 Dodd-Frank act. The president’s team has already indicated support of the Financial CHOICE Act, which, among other things, would modify aspects of Dodd-Frank. The CHOICE Act would help to reform the Consumer Financial Protection Bureau, which, according to author and investment banker Chris Whalen, “has been especially harmful to the mortgage industry and has caused the cost of servicing a mortgage to rise several fold since 2008.”

Hensarling is confident that his legislation will win a vote in the House, however, he fears that it will face a tougher road through the Senate. Republican Senate Banking Committee Chairman Mike Crapo, R-Idaho, faces the challenge of getting at least eight Democrats on boards for large portions of the legislation, according to Hensarling.

“Right now, I fear that a number of Democratic senators are intimidated by their base,” Hensarling said.

Hensarling has not given a specific timeline for when he will release the new timeline, although he did state that the presidential administration views bank deregulation efforts as a priority. It is difficult right now, however, to determine when Congress will be able to fit financial regulation into its schedule, as other acts, such as the Affordable Care Act and Senate confirmations currently dominate Congress.

Previous: CFPB to Re-Examine Regulation
Next: Delinquencies Down, Performance Steady in Q4