JPMorgan: Stocks Can Bounce Back 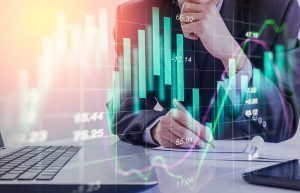 “Acknowledging that equity markets globally are now down 30-50% from their recent highs, and that investor positioning has become increasingly favorable, we see an asymmetrical return profile for equities with upside significantly higher than downside over the next year,” Lakos-Bujas wrote.

CNBC reports that for this scnnario to play out, the U.S. government must pass a “comprehensive fiscal package promptly.”

“Aggressive fiscal policy needs to be undertaken immediately,” Lakos-Bujas said, noting that failure to pass such measures “would likely result in a broader capitulation of equities including the heavyweight momentum stocks.”

S&P Global Ratings believes the effects of the COVID-19 pandemic have likely pushed the world economy into recession, dragging full-year GDP global growth down to just 1-1.5%.

According to S&P, the effects of social distancing on consumer spending activity and a knockdown effect on business investment, together with the oil-price hit on capital investments in energy infrastructure and expanded travel bans, likely means a -1.0% GDP reading in the first quarter and a large contraction of 6.0% for GDP growth in the second.

“The sudden economic reversal will bring intense credit pressure as a cash flow slump and much tighter financing conditions, as well as the simultaneous oil price shock, will hurt creditworthiness,” S&P says. “These factors will likely result in a surge in defaults, with a default rate on nonfinancial corporates in the U.S that may rise above 10% and into the high single digits in Europe in the next 12 months.”

"In other words, the U.S. is already in recession," S&P adds.