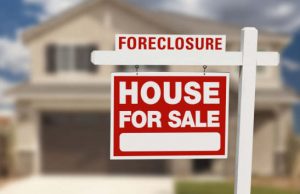 Black Knight Inc. has released a “first look” the latest iteration of its Mortgage Monitor Report for February 2022, which looks at delinquency and foreclosure rates across the U.S.

According to Black Knight's data, the national delinquency rate rose in February, for the first time in nine months, owing largely to a "97K rise in early-stage delinquencies." However, some context is needed, as BK also points out that these figures still trail well below pre-pandemic numbers.

Also, after a significant January spike in foreclosure starts, that metric pulled back by 24% in February, and also remained some 25% below February 2020 levels. And while the month also saw a 39,000 increase in active foreclosures, that number is still down 32% year-over-year. 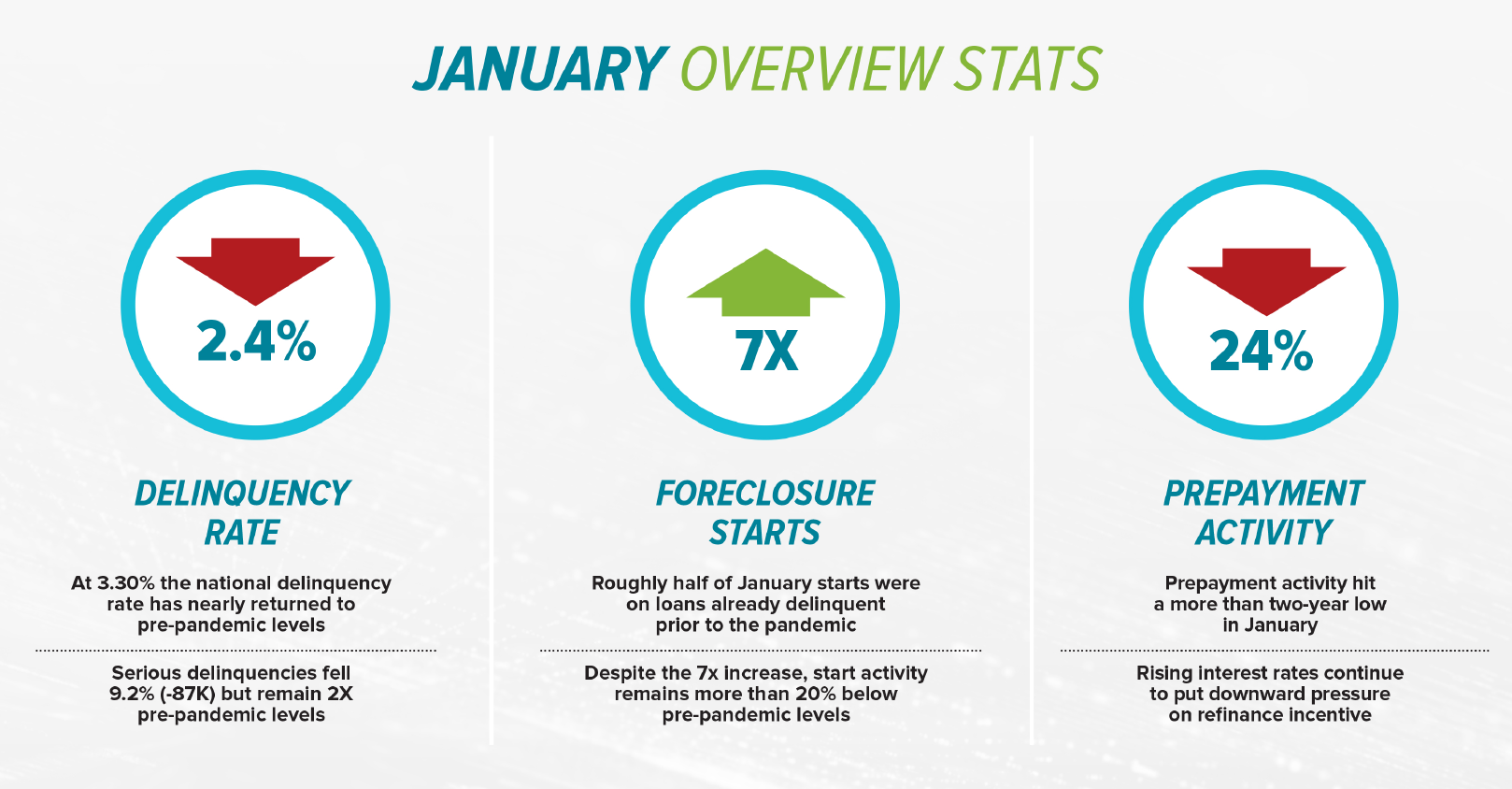 Though past-due loans pushed up by 1.8%, most of the rise can be attributed to a 97,000 loan rise in early-stage delinquencies over the course of February. 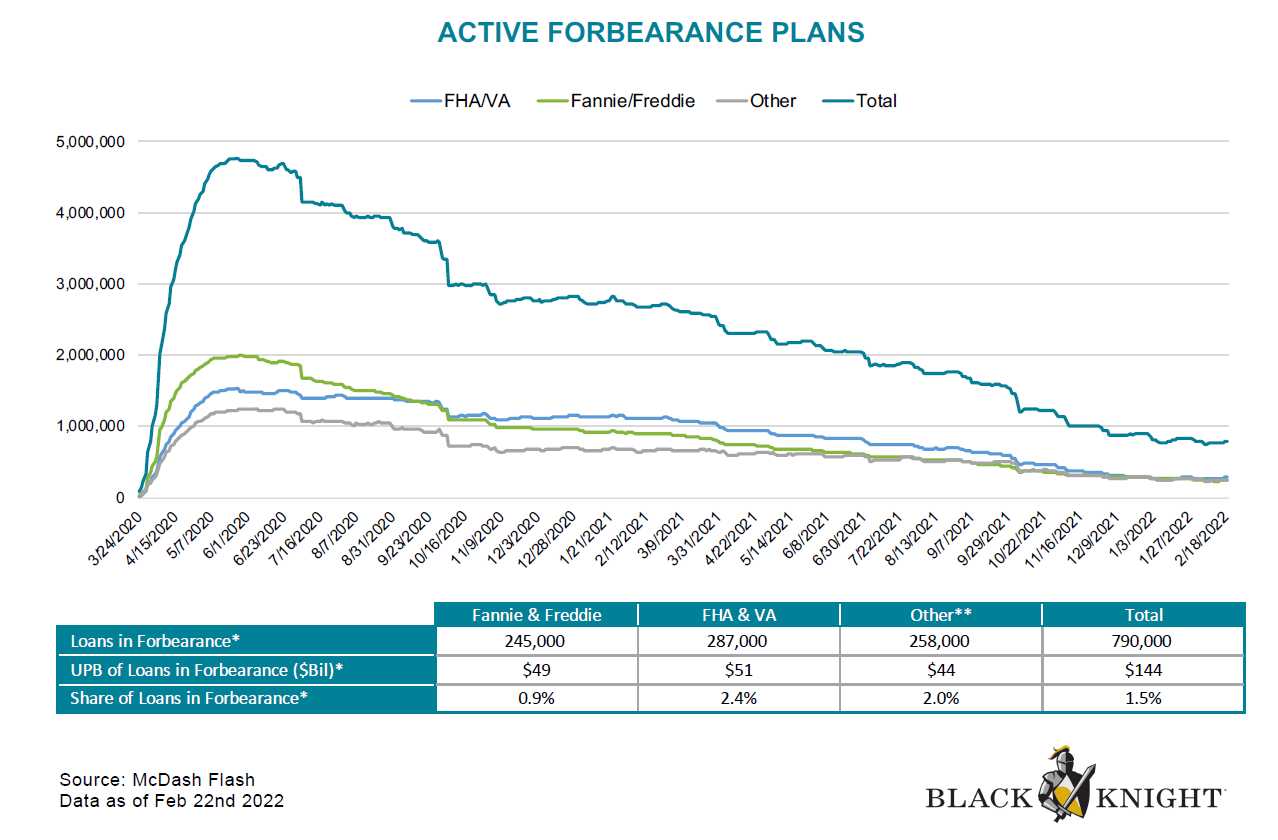 Counter to that, the number of seriously delinquent mortgages (those over 90 days past due) fell by 72,000 loans as borrowers leaving pandemic forbearance plans began to resume making payments.

Even though January saw a spike in foreclosure starts following the holiday season, that trend did not continue into February as the month saw 25,000 new starts, a 24% decrease from January.

Notable statistics from the report include:

Number of properties that are 90 or more days past due, but not in foreclosure: 787,000 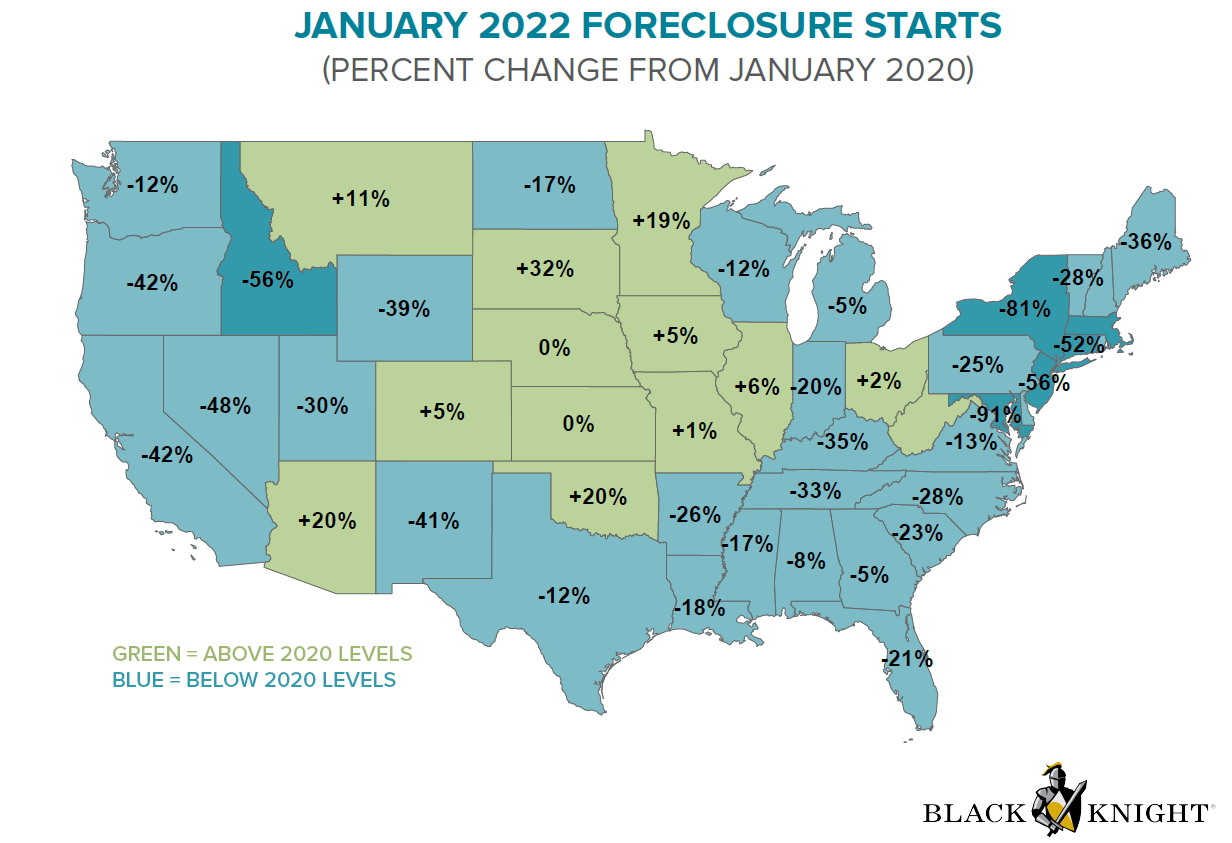 Editor's note: This data is a “first look” and is subject to change. According to Black Knight, the full findings of February’s data will be available by April 4, 2022 and will be published here.