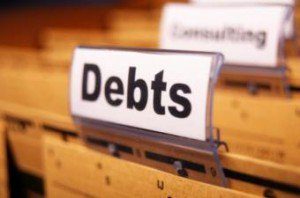 Q4 2018 saw the average (DTI) ratio rise to its highest level since 2009, according to Corelogic. Despite the increase, the average loan-to-value (LTV) during this time was unchanged from the same quarter in 2017. Additionally, the average credit score was about the same.

Corelogic notes that the rise in DTI ratios may reflect the growing affordability pressures for homebuyers in the face of rising mortgage rates in the latter months of 2018. Fannie Mae began accepting mortgages with LTV ratios up to 97 percent in December 2014 raised its DTI ratio level from 45 to 50 percent in July 2017, while Freddie Mac began accepting LTV ratios up to 97 percent them in March 2015.

Average credit scores for homeowners with CC home-purchase loans fell by one point year over year in Q4 2018, but Corelogic notes that on average, credit scores are higher than pre recession levels.

“For example, the average credit score of homebuyers was 705 in 2001, but dramatically rose during the Great Recession in 2008, and was 754 in the fourth quarter of 2018,” Corelogic stated. “In addition to high credit score standards, those high DTI and LTV loans in 2018 were fully documented and are thus different than the pre-housing crash high DTI and LTV loans, in which many of the latter were low/no documentation loans.”

While DTI is high, Corelogic also reports that delinquency is down while home equity is up, according to Corelogic’s latest Loan Performance Insights report [1]. The report notes that delinquency and foreclosure rates are lower across the country, but some areas are still feeling the impact of recent natural disasters.

"On a national basis, income and home-price growth continue to support strong loan performance,” said Corelogic President and CEO Frank Martell. “Although things look good across most of the nation, areas that were impacted by hurricanes and other natural hazards are experiencing a sharp increase in the numbers of mortgages moving into 60-day delinquency or worse. One specific example is Panama City, Florida, which was devastated by Hurricane Michael, where 60-day delinquencies rose to 3.5 percent in December."