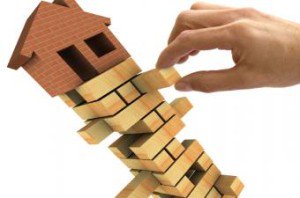 Questions around the possibility of a cyclical recession have been looming large over many economic sectors in recent months, including the U.S. mortgage market. On Friday of last week, that possibility loomed even larger as the three-month and the 10-year Treasury yields inverted for the first time since mid-2007.

The Significance of a Yield Curve Inversion

With the inversion coming on the heels of the Federal Reserve's announcement that it was not planning further interest rate hikes this year. Combined with other concerns that an economic slowdown may be on the horizon, the inverted yield curve sent stocks plummeting, with Diane Swonk, Chief Economist at Grant Thornton, telling PBS News Hour that the inversion was "the straw that broke the camel’s back" for many investors.

"Historically, an inverted yield curve is a significant sign that points to the development of an economic slowdown in the near to medium term," said Five Star Global President & CEO Ed Delgado. "This latest development is another in a series of economic markers that support the possibility of a future recessionary cycle.”

Ted Bauman, Senior Research Analyst and Economist at Banyan Hill Publishing, told DS News, “For forecasters, inverting yield curves have about the same significance as voodoo-cursed totems for followers of that religion. That's because they have preceded the last seven official U.S. recessions. They are, therefore, not to be taken lightly.”

Speaking of how the inverted yield curve will bring talk of a recession to the forefront, Tendayi Kapfidze, Chief Economist at LendingTree, said, “What’s often not discussed is the mechanism by which an inverted yield curve can lead to a contraction in the economy. By having longer-term debt return less than short-term debt, an inverted yield curve makes lending less profitable for banks as they borrow short-term and lend long-term. As lending becomes less profitable, banks tighten their standards and extend less credit. This leads to less leverage in the economy, which results in less spending and investment thus less growth.”

Kapfidze pointed out that “the banks (and other lenders) are the transmission mechanism for the inverted yield curve to the broader economy, and that’s why the bank stocks were the first to react to the inverted yield curve. Thus, the yield curve is a recession indicator, though it does so with a significant lag of 18-24 months and needs to stay inverted for some time, say at least a quarter, to give a high confidence signal.”

Speaking of the Fed, Bauman said, “In the current scenario, bond markets are also acutely aware of the fact that the Federal Reserve has ‘chickened out’ of its intention to liquidate its holdings of securities left over from the 2008-2009 financial crisis. By buying up long-term T-bills to push down interest rates, and absorbing near worthless collateralized debt obligations (CDOs), the Fed effectively ‘loaned’ financial markets $2.5 trillion during that period.” Bauman indicated that the enormous amount of liquidity has been the prime driver of the rise in U.S. stock valuations, which have reached unsustainable levels, since that time.

The yield curve assumes great significance, Bauman noted “because it is based on demand and supply in the one market that most closely approximates the textbook model of demand and supply—long-term treasury bills. Whereas short-term interest rates are set by the Federal Reserve, rates (yields) for the 10 year T-bill are set in the bond market. Bond traders are able to incorporate information almost instantly and use that to adjust their bids.”  According to Bauman, it is this interaction between the future demand for money and the excess supply of available money left over from the period of "quantitative easing" that is behind the inverted yield curve today.

“If the stock market suffers a major correction as a result, they can thank the Federal Reserve,” he added.

Impact on the Mortgage and Housing Markets

According to a Gallup Poll, about 39 percent of Americans think the economy is slowing down, while 17 percent think we're already in a recession or depression.

Commenting on the impact of a yielding curve on the mortgage market, Bauman told DS News that the results are uncertain as of now. “On one hand, falling long-term interest rates are a major driver of falling mortgage rates. The average rate for a 30-year fixed rate mortgage has fallen from 4.4 percent on March 19 to 4.11 percent today. That’s a 6.6 percent drop in the rate in less than a week. If rates maintain that downward momentum, we can expect to see an uptick in mortgage applications.”

On the other hand, falling rates, Bauman indicated, “must be assessed against potential recessionary conditions. If lenders perceive the likelihood of a recession—which is what the inverted yield curve is said to predict—lending standards may tighten, countering the effect of falling mortgage rates.”

“I, therefore, expect to see a short-term boost to the housing market, but whether this lasts depends on whether fears of an economic slowdown materialize,” Bauman added.

Kapfidze said, “In terms of housing, lower interest rates should be beneficial, but the tightening of standards we mention ed above works against this. So the outlook is quite unclear. In the near term housing will get a boost, but if the yield curve remains inverted and the recession narrative takes hold, home sales will likely weaken.”

As reported in DS News last month, a Realtor.com article suggested that though some believe we will see a recession soon, the financial factors that helped instigate last decade's crash are very different in the current scenario. “We’re at a record-low level of unemployment. The economy can’t stay here," Hale said. She forecasts a recession beginning within the next two years. “This one will be mild," Hale added, stating that lower long-term rates "could portend a recession," but also "tend to mean lower mortgage rates which help boost buying power for homebuyers. Given the dearth of construction in this recovery, housing is likely to fare reasonably well during the next recession."

Addressing home prices in the wake of a possible recession, economists say prices aren't expected to plummet, although they may dip in more expensive markets. Overall, price appreciation will likely just continue to slow. A cause of worry, however,  in the wake of a recession is the shortage of housing. The pace of single-family home construction growth has recorded a decline from 9 percent in 2017 to about 3 percent in 2018. This is projected to decline further by 2 percent in 2019. Rent price growth is likely to slow with the exception of the luxury market, where landlords will have the most trouble finding tenants.