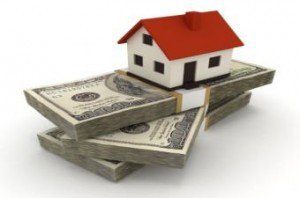 Housing affordability saw steep declines across the nation over the past year, with real house prices jumping 8.2 percent since January 2016, according to the Real House Price Index released by First American Financial Corporation on Monday.

“Real purchasing-power adjusted house prices declined 0.1 percent in January, as mortgage rates did not meaningfully change and income growth continued,” Fleming said. “Despite the monthly increase in affordability and continued strong wage growth, homes are less affordable across the country compared to a year ago.”

According to Fleming, “on a year-over-year basis, real house prices increase in all the metropolitan areas tracked by First American.”

Jacksonville, Florida, in particular saw a serious decrease in affordability, with a dip of 19.3 percent over the year. Other metro areas to see large increases in real home prices were Charlotte, North Carolina (14 percent); Milwaukee (14 percent); Denver (12.6 percent); and Tampa (12.4 percent). The cities with the smallest increases were Baltimore; Virginia Beach, Virginia; San Francisco; and Hartford Connecticut.

On a state level, the biggest annual jumps were seen in New York, which saw a 13.4 percent increase in real home prices, Colorado (13.2 percent), Vermont (12.7 percent), Illinois (11.8 percent), and Maine (11.6 percent). The only two states to see a year-over-year decline were Mississippi and Connecticut.

“Almost half of the markets we track saw double-digit affordability declines in January, compared with a year ago. The low inventory of homes for sale across much of the country is creating increased competition and setting the stage for a very robust sellers’ market this spring,” Fleming said. “While affordability is lower compared to a year ago, the level of affordability in most markets is still high by historical standards, which is why demand is expected to remain strong this spring.”

First American will release its next Real House Price Index in April. To see the full index, visit FirstAm.com.

Previous: Bankruptcy Filings on the Rise
Next: Fannie, Freddie Transfer $18B in Risk