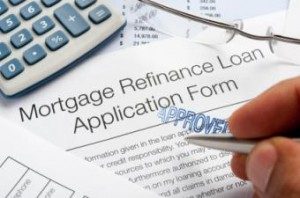 The Home Affordable Refinance Program (HARP) was instituted by the Federal Housing Finance Agency in March 2009, designed to assist borrowers who are current on their mortgage payments but have little to no equity in their homes, to refinance their mortgages.

In spite of all of that, however, HARP loans still don’t perform as well as post-crisis Freddie Mac loans, and Moody’s expects this trend to continue. Moody’s report states, “The delinquency rates for HARP loans are higher than those of non-HARP Freddie Mac loans of similar seasoning and with characteristics most representative of the HARP program.” Moody’s explains that the post-crisis Freddie Mac loans perform better largely due to “the GSEs' underwriting criteria being tighter than guidelines for HARP, which is a streamlined refinance product with limited re-underwriting.”

The report also points out that, while GSE underwriting standards have weakened since the crisis, HARP's guidelines have been scaled back even further during that time period. Moody’s found that, on average, HARP borrowers’ FICO scores dropped by 42 points since peaking at 745 in 2010, as compared to a loss of only 11 points for post-crisis non-HARP borrowers during the same period.

Moody’s report also attributes some of the differences between HARP and non-HARP delinquency rates to “an increase in the share of HARP loans backed by investment properties, which typically perform worse than owner-occupied properties.”

Previous: Clarifying Contested Foreclosures After Bankruptcy
Next: The Hidden Costs of Selling a Home