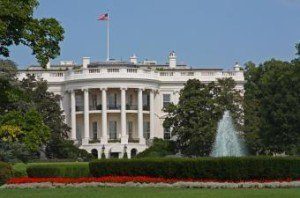 President Donald Trump has signed the CARES Act, a $2.2 trillion economic relief package, into law, after the House of Representatives passed the bill on Friday.

The bill was approved in the Senate unanimously—96-0—and Senate Majority Leader Mitch McConnell (R-Kentucky) called the vote a “proud moment for the United States.”

One of the largest portions of the bill is that Americans who earn $75,000 in adjusted gross income would get direct payments of $1,200 each and married couples would get $2,400 each. Single Americans making more than $99,000 will be phased out of the payment plan and $198,000 for couples without children.

Tendayi Kapfidze, Chief Economist, Lending Tree, said the payments to Americans will be kept to help people meeting financial obligations, especially the more than 3 million who filed for unemployment.

“There is a big risk to our servicers from borrowers not sending in payments as they would still need to meet their obligations to investors,” Kapfidze said. “This is especially acute for non-bank lenders who do not have sufficient reserves in place. It was disappointing that the bill did not directly address this risk.

After the Senate voted in support, Cameron Beane, Head of Pricing and Secondary Markets for TD Bank, said the bill will help create “helicopter money” for millions of homeowners across the U.S. Beane added that the stimulus gives almost $500 million worth of “unleveraged” funding power to the U.S Department of the Treasury and Federal Reserve to support businesses.

“This will have a measurable impact on keeping afloat many of the entities that support the housing market—loan servicing companies, payment processing entities,” he said. “They are the backbone of the housing market infrastructure, and they play a critical role in making homeownership possible.”

Holden Lewis, Home and Mortgage Expert at NerdWallet, said the federal government is making a “huge effort to prevent foreclosures brought on by COVID-19.

“The $2 trillion rescue package adds $600 a week in unemployment compensation, which will help people who’ve been laid off pay their bills,” Lewis said. “On the other hand, a one-time check of up to $1,200 will not go a long way toward keeping people current on their mortgage payments.”