Home / Daily Dose / What to Do with Fannie and Freddie

What to Do with Fannie and Freddie 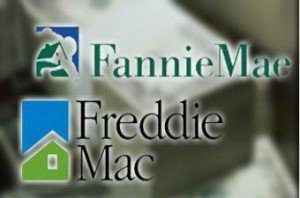 A plan to fix Fannie Mae and Freddie Mac has crossed party lines, Bloomberg reports. Bob Corker, R-Tennessee, and Mark Warner, D-Virginia, began meeting with industry groups and former government officials to discuss how to overhaul the GSEs. Additionally, Senate Banking Committee Chairman Mike Crapo, R-Idaho, has begun to hold housing-finance briefings with the idea of building toward a compromise.

Since Fannie and Freddie were seized by regulators in 2008, a fix has been promised. As the two GSEs, which back close to 40 percent of U.S. home loans, face the threat of requiring aid, that need for a fix has become more urgent. Corker and Warner are not assured that an overhaul will succeed. Previously, in 2014, Corker and Warner were behind an attempt to end Fannie and Freddie’s status as wards of the state, which failed.

“It is incredibly difficult to imagine that any legislative reform of significance is going to be enacted in this Congress,” said Isaac Boltansky, a policy analyst with Compass Point Research & Trading said in Bloomberg.

Crapo could take the lead on legislation. Though the Trump administration has called housing-finance reform a priority, no indication has been given on the direction they plan to take.

“Housing finance reform is a high priority for myself and the American people,” Crapo said in a statement.

The previous legislation from Corker and Warner would have replaced Freddie and Fannie with a new system. Backlash came from critics who said that the bill would lead to high mortgage rates and harmed low income borrowers. Another more recent suggestion from the Mortgage Bankers Association suggested turning Fannie and Freddie into private utilities and capping its return rate.

A proposal from last year authored by former Obama White House officials would have the GSEs merged into one government-owned corporation, while yet another plan would make the two into mutual companies owned by lenders which would sell insurance against defaults.