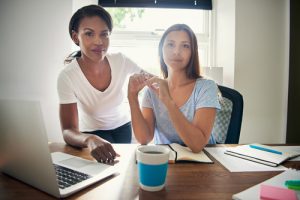 The latest installment of the ValueInsured Modern Homebuyer Survey [1] finds strong disparities between men and women when it comes to their levels of confidence in the state of the housing market.

According to the report, only 44 percent of all women believe the housing market is heading in a good direction “for people like me.” That percentage is based on “all interested homebuyers including homeowners who plan to sell and buy another home.” For comparison’s sake, male homebuyers reported a much higher confidence at 59 percent. When it comes to non-homeowners interested in buying, only 32 percent of women expressed confidence in the direction of the housing market.

While the housing market is currently strong, women surveyed for the ValueInsured report are less confidence that that trend will last. Only 54 percent of women said they were confidence that a home they buy now would be worth more by the end of next year, as compared to 67 percent of male respondents. Similarly, only 52 percent of women surveyed said that now is a good time to purchase a home, whereas men came in at 68 percent.

Forty-four percent of men surveyed said they were confident that they would not see another housing crisis within their lifetimes. That’s not a great percentage to begin with, but it’s much worse on the other side of the gender gap, with the percentage of confidence dropping to 28 percent among women.

Nor does this pessimism about the state of housing affairs diminish among women who already own homes. ValueInsured reports that 41 percent of women believe the American housing market is currently “unhealthy,” with 20 percent of men believing the same. The numbers are better when it comes to belief that now is a good time to sell a home (72 percent of female homeowners and 84 percent of male homeowners agree), but both surveyed women and men expressed concerns that they would end up “buying high” after a successful sale. Seventy-one percent of female potential sellers and 66 percent of male potential sellers said they were worried about how much they would have to spend to land a new home.

Among first-time millennial homebuyers, 38 percent of women believe buying a home today would be a “secure and smart financial decision,” whereas 52 percent of millennial men agree with that statement.