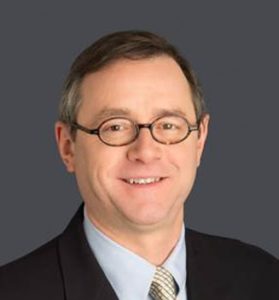 As a Deputy Chief Economist at Fannie Mae [1], Dr. Palim is responsible for overseeing the Economic and Strategic Research Group’s forecasting functions. He also manages multi-disciplinary partnerships across the company to address specific business issues facing Fannie Mae. Dr. Palim is a key spokesperson on economic trends and a frequent speaker at national mortgage finance and housing industry events.

Prior to joining Fannie Mae in 2009, Dr. Palim was an economic consultant at PricewaterhouseCoopers and LECG. His practice focused on applying economic and financial theory to a variety of business disputes and policy questions. He worked as a consulting and testifying expert in antitrust cases and disputes in the financial services industry. In addition, Dr. Palim led a team of 75 adjudicators charged with valuing claims for the Department of Justice and the Special Master administering the federal September 11th Victim Compensation Fund.

Could you talk about the broad trends and challenges you see happening in the mortgage landscape 2018?

At the start of the year, we had a meaningful rise in mortgage rates, which set the tone for the market. We are seeing a transition from a market that has a mix of purchase and refi to a market that's going to be focused on purchase originations. You have 30-year mortgage rates that are up nearly 0.5 percent since the beginning of the year. We also have continued home price appreciation and there remain issues around the level of supply. These are the major themes that are going to be important this year.

How many rate hikes do you anticipate in 2018?

We anticipated three rate increases this year and we just had one. There are a number of reasons for that outlook. The first is that we have a period here where the new Fed chair takes over and wants to make sure it's a smooth transition for the first six months of the year. As we look at the inflation landscape and the economic landscape, we think there have definitely been signs of increased concern about inflation. But, inflation itself is still relatively well behaved. To us, that argues that three rate hikes this year should be sufficient. That would get the real Fed funds rate solidly into positive territory in terms of being above the rate of inflation. At this point, we don't think that the outlook would justify four rate increases for the year.

You think we're going to see a shift more towards origination and away from refinancing. Do you think that's going to be a long-term trend?

That's going to be a longer-term trend, for the next two years at least, which is as far out as we will publish a public forecast. You can see that we have just a moderate increase in interest rates over that time period. That means that the straightforward rate and term refis are going to be down dramatically. The refi market is going to be a lot more about the cash-out refi share, which is always there in the background. The bottom line is, if you go back to 2016, we had $1 trillion in refinance originations. For this year, we're looking to have under $500 billion in refinance originations and a little below that in 2019 given our interest rate outlook.

Are there any lessons you've learned for companies that are trying to deal with something that's so constantly evolving as the mortgage landscape?

From an economist's perspective, they're focused on trying to turn fixed costs into variable costs. Over the last few years since the crisis, the focus has been on creating a much higher-quality loan from the point of view of the accuracy of the data that the loan is based on. So, you've had an enormous amount of overhead that's been added to mortgage banks throughout the country. The question and the challenge for many of them is—as the refi volumes drop off and as margins get compressed because everyone's competing for a smaller market—can they re-train people? Can they shift to using technology to try and have a cost structure that scales down with the volumes, as opposed to having all the technology spend being on compliance? It's a challenge, both from the people management side and the technology side.

Do you foresee any relief coming as far as that one-two punch of home prices increasing as inventory shortages continue?

It's been a very slow process to rebuild the single-family home construction pipeline. By that, I don't mean just the construction part, but the permitting and the entitlement of land—the whole structure and economic chain that has to be there to create new single-family homes. We still don't have the level of construction that we need. If you look across the landscape, taking into account manufactured housing, single-family, multi-family, we're still at least short 250,000 units. This is particularly evident in the lower end and the entry level, the smallest square footage homes on the single-family side. That's something that builders and town planners are all working hard on. It's just taking a long time to rebuild that. I don't think we're going to see a rapid shift in that area, which is why it's going to be a medium-term process before we get supply and demand into balance in the housing market.

We're seeing places like California, where there are state requirements that you need to have this level of affordable housing. Is this regulation helpful, or does that just further highlight a problem that can't be solved quickly?

From my perspective, the time delays and the planning process before you ever get a shovel in the ground definitely add to the cost and uncertainty in developing new housing. Given those costs, in order for it to be economic, developers have to build more expensive units. Then, you get the price dynamics that you describe.

It would be really good to see more development in the condo space. Suburban condominiums are often a source of first-time buyer homes, and also townhouse, townhome development. Anything that local jurisdictions can do to try and facilitate that supply coming more rapidly would be good for the housing market.

As the population of older Americans increases, do you these problems being exacerbated if they choose to stay in their homes and age in place?

The flip side of that is that there were concerns that baby boomers were all going to abandon the suburbs and prices were going to be adversely affected by that as they all headed into the city to buy a condo or rent an apartment. You haven't seen that, either. If you dig into the survey data, what you see is that the baby boomers express a desire to age in place. This desire to stay in place is reflected in housing data that shows they remain in their suburban homes at the same rate as in prior generations. Over time as the baby boomers continue to age or when a spouse passes away and as the typical issues that we're all going to experience with age occur, that naturally will lead to renting and downsizing.

The part of the generational transition that is a bigger problem is that you're not seeing a sufficient supply of new or existing entry-level housing for the millennials to move in to. Some of the prior generation was hit really hard by the downturn, so they don't have the home equity to move up, and are not putting what is still their first home back on the market for the Millennials to buy. That is a change in the pattern relative to the historical norm. In contrast, I think the baby boomers are acting more in a typical way for their age cohort.

Do you think there is any real risk of another housing crisis on the horizon?

In the current cycle, we haven't eliminated the economic or the credit cycle. The expansion is getting fairly long. It's not going to die of old age, but we're down to 4.1 percent unemployment. You have to start watching what's happening with credit performance. It's interesting to see we've had a few corporate bankruptcies. The level of student debt is concerning. It pays not to forget that there is an economic cycle and there's still a credit cycle. That doesn't mean that in the next recession the defaults are going to be anything like the defaults were in the prior recession. Relative to where we were late in the last expansion, the mortgage stock, homeowner balance sheets, and the housing market are in a much better condition than they were prior to the previous downturn.