Forbearance Plans Slide Below the 5% Mark 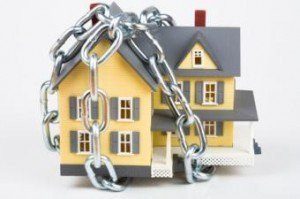 The total number of loans now in forbearance decreased by nine basis points from 5.05% of servicers' portfolio volume to 4.96%, according to the latest Mortgage Bankers Association's (MBA) Forbearance and Call Volume Survey. The MBA estimates that approximately 2.5 million U.S. homeowners are currently in forbearance plans.

"The share of loans in forbearance decreased for the fourth straight week, dropping below 5% for the first time in a year. New forbearance requests remained at their lowest level since last March, and the pace of exits increased," said Mike Fratantoni, MBA's Senior Vice President and Chief Economist. "More than 17% of borrowers in forbearance extensions have now exceeded the 12-month mark."

By stage, 13.8% of total loans in forbearance were in the initial forbearance plan stage, while 83.4% are in a forbearance extension. The remaining 2.8% represent forbearance re-entries.

“Many homeowners need this support, even as there are increasing signs that the pace of economic activity is picking up as the vaccine rollout continues,” said Fratantoni.” Those who have an ongoing hardship due to the pandemic and want to extend their forbearance beyond the 12-month point need to contact their servicer. Servicers cannot automatically extend forbearance terms without the borrower's consent."

With forbearance numbers continuing their post-pandemic slide, Black Knight has found that the national mortgage delinquency rate rose slightly in February from 5.85% to 6.0%., after eight consecutive months of improvement. Month-over-month, the delinquency rate (loans 30 or more days past due, but not in foreclosure) rose 2.61% in February, with a year-over-year change of 83.03%.