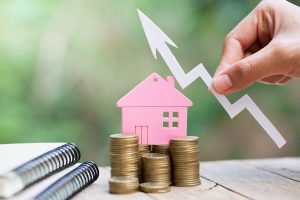 By all available means, data, and metrics, housing prices are still soaring. The growth seen by the typical single-family home over the past two years has been blistering and surprisingly consistent and at some point, something must give way, and it seems that affordability has been the first to fall.

This data comes by way of a survey commissioned by Bankrate and conducted by YouGov Plc which features email responses of 2,530 people over the course of three days from March 2-4. The sample size was selected to be representative of the population as a whole.

As a whole, the latest survey found that respondents very much value the stability of owning a single-family home and view it as a key indicator of economic soundness. It also found that for respondents that did not own a home, they felt that soaring prices amid an environment of rising interest rates were holding them back from achieving homeownership.

“Non-homeowners cite insufficient income, high home prices and not being able to afford a down payment or closing costs as the most common barriers to becoming a homeowner,” says Greg McBride, Bankrate’s Chief Financial Analyst. “High—and rising—home prices can contribute to the feelings of not having enough income or savings accumulated to buy a house.”

While many during the pandemic re-evaluated their living situation, the majority of respondents confirmed that they are happy with their current situation.

“Nearly three in four homeowners say they would still buy their current home if they had it to do all over again,” continued McBride. “Paying down debt, building savings and knowing the limits of what you can afford all provide the stable financial foundation on which no-regrets homeownership is built.”

Homeownership is front and center in the American dream

According to the survey, 74% of respondents ranked owning a home first as the highest hallmark of economic prosperity. This is followed by being able to retire (66%); a successful career (60%); owning a car (50%); having children (40%); and getting a college degree (35%).

Further, the data on owning a home was relatively consistent across all age groups above 26-year-old. The only generation to not view home ownership as the top spot was Generation Z (now aged 18-25), but they still ranked it at a close second; their first choice as having a successful career (60%).

Most homeowners would buy the same home again

These findings cast doubt on what has been considered a nationwide housing free-for-all since the beginning of the pandemic; while remote work allowed many Americans to move away, most, as data shows, are content to stay in their current home. 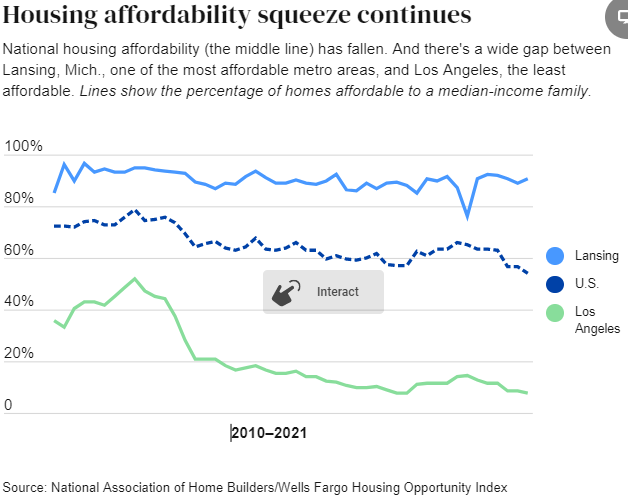 Affordability is a challenge

It’s a simple fact that as home prices have skyrocketed recently, its getting harder to find a home as declining affordability comes into play. 52.2% of homes sold during the fourth quarter of 2021 were affordable to families earning a typical income. That number stood at 66% at the start of the pandemic, according to the National Association of Home Builders/Wells Fargo Housing Opportunity Index.

And the affordability gap has only gotten worse as inventory hit record low numbers in January pushing prices further.

Many who can’t afford homes are throwing in the towel

To view a complete copy of the study, including interactive data, click here.

Previous: Property Taxes: Where Americans are Paying Most
Next: After Initial Denial, Florida Court Authorizes Foreclosure on HELOC