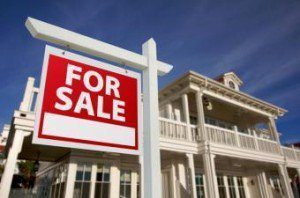 With markets across the country suffering from pronounced inventory shortages, it would seem that anything that puts more homes on the market would be a good thing. A new report by Pro Teck Valuation Services found delved into that thesis, with an influx of foreclosed properties and REO sales causing very different results in two studied markets.

The latest installment of Pro Teck’s Home Value Forecast (HVF) examined the state of the market in both Newark and Jersey City, New Jersey. Citing a recent Wall Street Journal piece entitled “Why New Jersey’s Soaring Foreclosures Are Good for the Housing Market,” Pro Teck set out to test the WSJ’s thesis that New Jersey’s skyrocketing foreclosure rate would help offset the Garden State’s housing inventory shortages and generally be good for the state’s housing market.

For Newark, Pro Tech’s study found that the local market would not see much benefit from the high foreclosure rates. Foreclosures in Newark are at an all-time high, surpassing the 2010 volume. Pro Teck’s report explains that “In times of a ‘hot’ market, like in 2006 and 2012, the difference in price between REO and Regular sales begins to tighten, as the REO discount shrinks.” However, the REO discount has been on the upswing in recent years in Newark, which is depressing local home sale prices.

According to a 2017 CoreLogic report entitled “United States Residential Foreclosure Crisis: Ten Years Later,” foreclosure inventory in New Jersey peaked at 89,000 in September 2012. Between 2007-2016, CoreLogic reported that New Jersey ranked third among the ten states with the highest peak foreclosure rate, coming in behind Florida and Nevada, respectively.

Previous: Barclays Settles RMBS Suit
Next: HUD’s Carson: Proud to “Move Others up the Ladder”