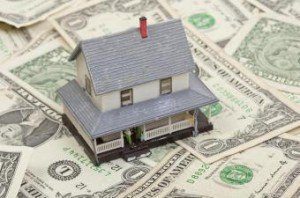 Continued increases in home prices is driving a the strongest equity market in a decade, according to the latest Mortgage Monitor Report by Black Knight Financial Services. The report, looking at February numbers, found that appreciation nationally has generated $4.7 trillion in equity available to borrowers, the highest it’s been since 2006.

Appreciation is also having a profound effect on the number of underwater borrowers, Black knight reported. An annual home price appreciation of 5.5 percent in 2016 helped raise number of U.S. mortgage holders with tappable equity to 39.5 million. Two thirds of that equity belongs to borrowers with current interest rates below today’s 30-year interest rate, and 78 percent belongs to borrowers with credit scores of 720 or higher.

“December 2016 marked 56 consecutive months of annual home price appreciation,” Graboske said. “That served to not only lift an additional one million formerly underwater homeowners back into positive equity throughout the year, but also increased the amount of tappable equity available to U.S. mortgage holders by an additional $568 billion.”

The nearly 40 million homeowners with tappable equity have current combined loan-to-value ratios of less than 80 percent, Black Knight reported. And cash-out refinance data suggests that they have been increasingly tapping that equity, though perhaps more conservatively than homeowners had in the past.

In Q4, $31 billion in equity was extracted from the market via first lien refinances. While that was the most equity drawn in over eight years, borrowers are still tapping equity at less than a third of the rate they were back in 2005, and they’re doing so more prudently. Post-cash-out loan-to-value-ratio was 65.6 percent, the lowest on record.

However, Graboske said, prepayment speeds, historically a good indicator of refinance activity, have dropped by nearly 40 percent since Jan.1, in the face of today’s higher interest rate environment.

Previous: The Week Ahead: Hope For Credit Growth
Next: CFPB Defends Its Own Constitutionality