In April of 1968, President Lyndon B. Johnson signed into law the Civil Rights Act of 1968, also known as the Fair Housing Act. This important legislation codified equal housing opportunities for all, regardless of race, religion, or national origin. On April 11, 2018, the U.S. Department of Housing and Urban Development will mark the anniversary with a ceremony in Washington D.C. To commemorate the occasion, HUD has also released the below video, featuring HUD Secretary Dr. Ben Carson reflecting on the legacy and importance of the Fair Housing Act.

“Now, with this bill, the voice of justice speaks again. It proclaims that Fair Housing for all, all human beings who live in this country, is now part of the American way of life.” - President Lyndon B. Johnson during the signing of the Fair Housing Act 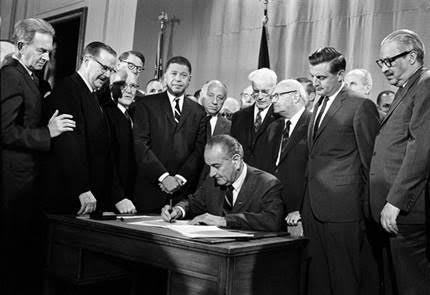 Previous: For Waterfront Properties, Is Location Everything?
Next: Which Features Boost Home Sale Prices?