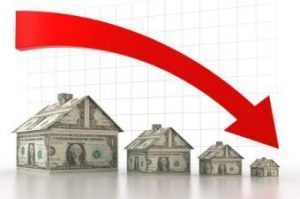 The number of Americans currently in forbearance plans continues to decline, as the total number of loans now in forbearance decreased by six basis points from 4.96% of servicers’ portfolio volume in the prior week to 4.90% as of March 28, 2021. These findings, from the Mortgage Bankers Association’s (MBA) latest Forbearance and Call Volume Survey, come on the same day the Consumer Financial Protection Bureau (CFPB) proposed changes to help prevent impending foreclosure actions as emergency federal foreclosure protections are eventually set to expire. According to MBA’s estimate, approximately 2.5 million homeowners are in forbearance plans.

By stage, 13.7% of the total loans in forbearance were in the initial forbearance plan stage, while 84.1% were in a forbearance extension. The remaining 2.2% were forbearance re-entries.

“March was a turning point for the economy, with hiring shifting into a higher gear and the unemployment rate continuing to decline,” said Fratantoni. “However, there are still more than 4.2 million people who have been actively looking for work for more than six months. Homeowners who are still facing hardships and need to extend their forbearance term should contact their servicer.”

In order to get ahead of a potential wave of foreclosures when government extensions expire, the CFPB took actions today and proposed additional guidance for servicers as deadlines near.

“We will do everything in our power to ensure servicers work with struggling families to find solutions that prevent avoidable foreclosures,” assured CFPB Acting Director Dave Uejio.