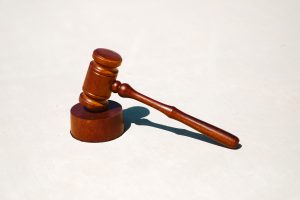 The Florida Fifth DCA reversed a summary judgment of foreclosure finding, Eagle Home Mortgage, LLC (“the bank”), failed to proffer sufficient evidence that it satisfied conditions precedent. Parkin v. Eagle Home Mortgage, LLC, 5D20-160, 2021 WL 833298 (Fla. 5th DCA Mar. 5, 2021). In Parkin, the borrower responded to the bank’s foreclosure action by filing affirmative defenses which asserted in pertinent part that the bank “failed to fulfill all conditions precedent”— as required by paragraph 15 and 22 of the mortgage—so acceleration of the mortgage was improper.i

Parkin appealed that judgment to the Fifth DCA which found the bank’s evidence was insufficient to demonstrate the bank mailed the demand letter.iv The Court explained that filing “the letter and the unauthenticated ... letter log” without an affidavit “swearing that the letter was mailed” was insufficient evidence of compliance.v Alternatively, the Court elaborated, to prove it satisfied conditions precedent the bank could have proffered a return receipt card or evidence (based on personal knowledge) that the bank had and followed a regular business practice in mailing the demand letter to Parkin.vi The bank did none of this. The Court reversed the summary judgment and remanded the matter for further proceedings.

Given the plethora of case law addressing this issue, the Fifth’s ruling does not come as a surprise. In the Court’s short opinion, it sites to six other cases which clearly establish the evidentiary requirements on summary judgment for demonstrating satisfaction of conditions precedent. This result could have easily been avoided.

i Parkin, at *1. All future citations or quotations to this case are at this cite until indicated otherwise.

ii The court did not discuss the contents of this document.

iii Surprisingly, the Court failed to pick up on the impossibility of Parkin having personal knowledge of the fact the bank “never mailed” the letter. The only possible way he could have this knowledge is if he worked at the bank and monitored the mailing of all demand letters.

vi Parkin, at *2. All future citations or quotations to this case are at this cite until indicated otherwise.