With home prices rising in most major metros across the United States for the past decades—in some cases posting double-digit gains year-over-year—the American Dream of homeownership may begin to feel elusive. However, Unison, a homeownership investment firm, maintains there are pockets of affordability in every major metro market.

A combination of factors is seemingly putting homeownership out of reach for many Americans. Not only are home prices rising, but student debt and climbing rents are also taking a toll on potential down payment savings for many.

However, the dream of homeownership, at least, is alive and well, according to Unison, which cites Ellie Mae data stating that 91 percent of millennials intend to own a home one day.

The second- and third-least affordable metros were Los Angeles-Long Beach-Anaheim and San Diego-Carlsbad, where salaries of $157,728 and $139,130, respectively, put a median-priced home within reach.

Homebuyers fare much better in Detroit-Warren-Dearborn, where they need to earn a salary of $35,909 to purchase a median-priced home with a 10-percent down payment. Following on the list of most affordable markets are Kansas City, Missouri, where the required salary is $40,869; and Tampa-St. Petersburg-Clearwater, Florida, where residents need to earn $43,978.

However, “While home prices overall have increased, there remain neighborhoods in every metro area that are relatively affordable and every metro area offers solid housing options for almost all types of home buyers,” according to Benjamin Feldman, Director of Content at Unison, with the release of Unison’s 2018 Home Affordability Report.

In fact, the entire San Francisco Bay area has experienced “a dizzying rise in home prices,” and even the “potentially affordable neighborhoods” in the area have median home values above seven figures.

“If one city has embodied the staggering increase of California home prices this decade, it’s San Francisco,” Unison said in its report.

On the other hand, in the Dallas metro a salary of $52,000 is necessary to purchase a median-priced home with a 10 percent down payment, but in Dallas city proper, the salary necessary drops to about $49,000.

In already affordable Kansas City, the salary required to purchase a median-priced home drops from $40,869 for the metro area down to just $29,036 in Kansas City proper. 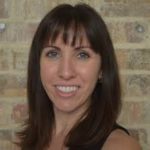 Krista Franks Brock is a writer and editor who has covered the mortgage banking and default servicing industries since 2011. Previously, she served as managing editor of DS News and Southern Distinction, a regional lifestyle publication. Her work has appeared in a variety of print and online publications, including Consumers Digest, Dallas Style and Design, DS News and DSNews.com, MReport and theMReport.com. She holds degrees in journalism and art from the University of Georgia.

Previous: How Homebuying Millennials Must Adapt
Next: The Debt Dilemma