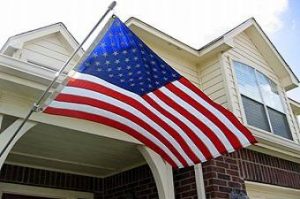 This week, Congresswoman Maxine Waters, Chairwoman of the House Financial Services Committee, led a letter to Joseph Otting, Comptroller of the Currency, and Jelena McWilliams, Chairman of the Federal Deposit Insurance Corporation, urging them to prioritize a strong response to the COVID-19 pandemic and suspend efforts to revise the Community Reinvestment Act (CRA) and any "unrelated rulemakings."

“At a time when regulators should be working together to appropriately respond to this growing pandemic and keep our banking system safe and sound, unrelated rulemaking should be put on hold for the time being,” the lawmakers wrote. “To that end, we urge you to delay any unrelated rulemakings, including the Notice of Proposed Rulemaking (NPRM) with respect to the CRA, during the ongoing crisis. After the crisis passes, we urge your agencies to work with the Federal Reserve to develop a new, joint NPRM that is consistent with the purpose of the Community Reinvestment Act.”

According to the National Community Reinvestment Coalition (NCRC), the proposed changes to the CRA regulations outlined in NPRM would weaken CRA and would decrease CRA-related lending, investing, and services to low- and moderate-income (LMI) households and communities.

The NCRC agrees with FDIC board member Martin Gruenberg, who stated, “This is a deeply misconceived proposal that would fundamentally undermine and weaken the Community Reinvestment Act.”

“The Office of the Comptroller of the Currency (OCC) and Federal Deposit Insurance Corporation (FDIC) laud CRA, stating that it has been responsible for trillions of dollars in lending and investing in LMI communities,” the NCRC states. “The agencies assert that their proposal would leverage billions of additional CRA dollars.However, the NPRM would halt if not reverse the progress made under CRA by introducing an overly simplistic and yet convoluted evaluation system that would divert CRA lending and investing away from LMI families and communities.”

Previous: Property Taxes Increased to Over $306.4B
Next: Mortgage Industry Braces for Spike in Delinquencies