The Profitability of House Flipping House flipping is on the rise, according to a recent report. Data from a CoreLogic special report indicates the house flipping rate has increased year over year for 12 consecutive quarters, and on a seasonally adjusted basis is now at the highest level since CoreLogic started keeping track in 2002, at 10.9 percent of home sales as of Q4 2018.

“In addition to flipping rates, we also estimate economic returns to flipping,” said CoreLogic Deputy Chief Economist Ralph McLaughlin. According to McLaughlin, returns for flippers have risen significantly, up to a median of around 40 percent after 2007. Additionally, he notes that flippers are shifting away from price speculation and toward adding value to properties.

Returns are particularly high for older housing. CoreLogic found that returns are highest in Detroit, Philadelphia, and Pittsburgh with returns of 95.9, 92.8, and 75 percent, while areas with newer housing stock, such as Colorado, Arkansas, Missouri, Texas, Arizona, and Tennessee, Florida, and Nevada, seen lower returns ranging between 8.4 and 10.8 percent.

“Does this mean that home flippers are reaping more net profits in these older markets? Not so much,” said McLaughlin. “While gross economic returns are highest in places with older flips, they don’t capture the amount of money that flippers invested into the flip. On the contrary, flips undertaken on older homes likely require more capital to bring the home up to market standard than newer homes. Such updates mile include costly improvements to electrical systems, plumbing, foundations, and roofing. What this does tell us is that flippers are likely to reap substantial discounts when buying properties with such deferred maintenance.” 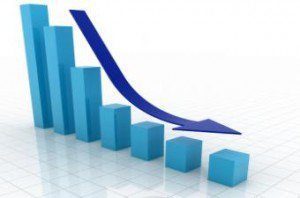