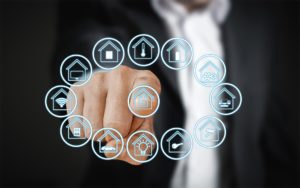 Baby Boomer homebuyers must have a laundry, but they would rather do without an elevator or a wine cellar in their home according to a recent study by the National Association of Home Builders (NAHB).

The study, was published on NAHB's Best in American Living blog and is part of its What Homebuyers Really Want report, revealed that while their top home feature likes and dislikes are in sync with other generations, baby boomers are more likely to have strong opinions about what they want, and don't want, in their homes.

While a laundry room topped the list of must-have features with 94 percent baby boomers listing it as an essential feature, 91 percent of this generation would also like energy efficient windows. At 89 percent a patio also rated high among home features desired or essential for baby boomers followed by a ceiling fan, garage storage, and exterior lighting with 88 percent boomers listing these features as essential or desirable in a home.

The report noted that the only feature listed by baby boomers that were different from other generations was the desire to have a full bath on the main level. Among community features that were ranked as most desirable by baby boomers, having a home near a retail space ranked first, followed by walking/jogging trails, suburban homes, walkable communities, and homes close to a park area.

Like other generations, baby boomers also rated an elevator and a wine cellar among the most undesirable features in a home. Seventy-four percent of this generation said that they were unlikely to buy a home if it had an elevator while 69 percent felt the same way about a wine cellar.

A daycare center, two-story family rooms, and plant-covered roofs were among other home features that baby boomers would rather do without. More than 50 percent of this generation said that they could also do without a pet washing station, dual toilets in the master bath, golf course community, cork flooring, and living in a high-density development.

Previous: Cities in the Crosshairs—Is a Housing Crisis Ahead?
Next: Megabank CEOs Meet With Congress