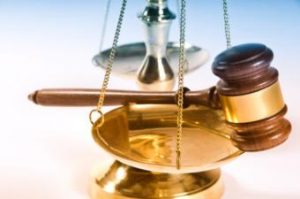 The U.S. Department of Justice (DOJ) announced [1] on Friday that General Electric will pay $1.5 billion to end the DOJ's claims over subprime home loans that have been bundled into risky securities.

According to the DOJ, GE misrepresented the quality of its subprime loans through its former mortgage business, WMC, and will pay its penalty under the under the Financial Institutions Reform, Recovery, and Enforcement Act of 1989 (FIRREA).

“The financial system counts on originators, which are in the best position to know the true condition of their mortgage loans, to make accurate and complete representations about their products. The failure to disclose material deficiencies in those loans contributed to the financial crisis,” Justice Department Assistant Attorney General Jody Hunt said in a statement.

“As today’s resolution demonstrates, the Department of Justice will continue to employ FIRREA as a powerful tool for protecting our financial markets against fraud," Hunt continued.

“This settlement contains no admission of any allegations and concludes the FIRREA investigation of WMC,” a GE spokesperson said in a statement to CNBC. [2] “This is another step in our ongoing efforts to de-risk GE Capital. This agreement represents a significant part of the total legacy exposure associated with WMC and we are pleased to put this matter behind us.”

According to the DOJ, WMC originated more than $65 billion dollars in mortgage loans between 2005 and 2007. According to a member of GE’s Corporate Audit Staff (CAS) involved in audits of WMC observed in April 2007, WMC “jacked up volume without controls," leading to WMC receiving more mortgage applications containing fraud or other defects than its competitors.

The DOJ alleges that by late 2005 and early 2006, investment banks were kicking out more of WMC’s loans than ever, and after a review in March 2006, WMC found that 78 percent of the loan files reviewed contained at least one piece of false information.