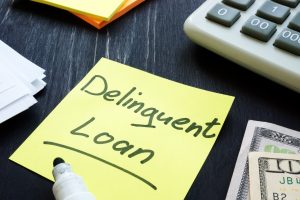 According to CoreLogic [1], the nation’s delinquency rate in the U.S. in January 2022 hit its lowest recorded point since at least January 1999, as found in its monthly Loan Performance Insights Report [2].

In January of this year, 3.3% of all mortgages in the U.S. ere in some stage of delinquency (30 days or more past due, including those in foreclosure), representing a 2.3 percentage point decrease compared to January 2021, when it was 5.6%.

In January, the U.S. delinquency and transition rates, and their year-over-year changes, were as follows: 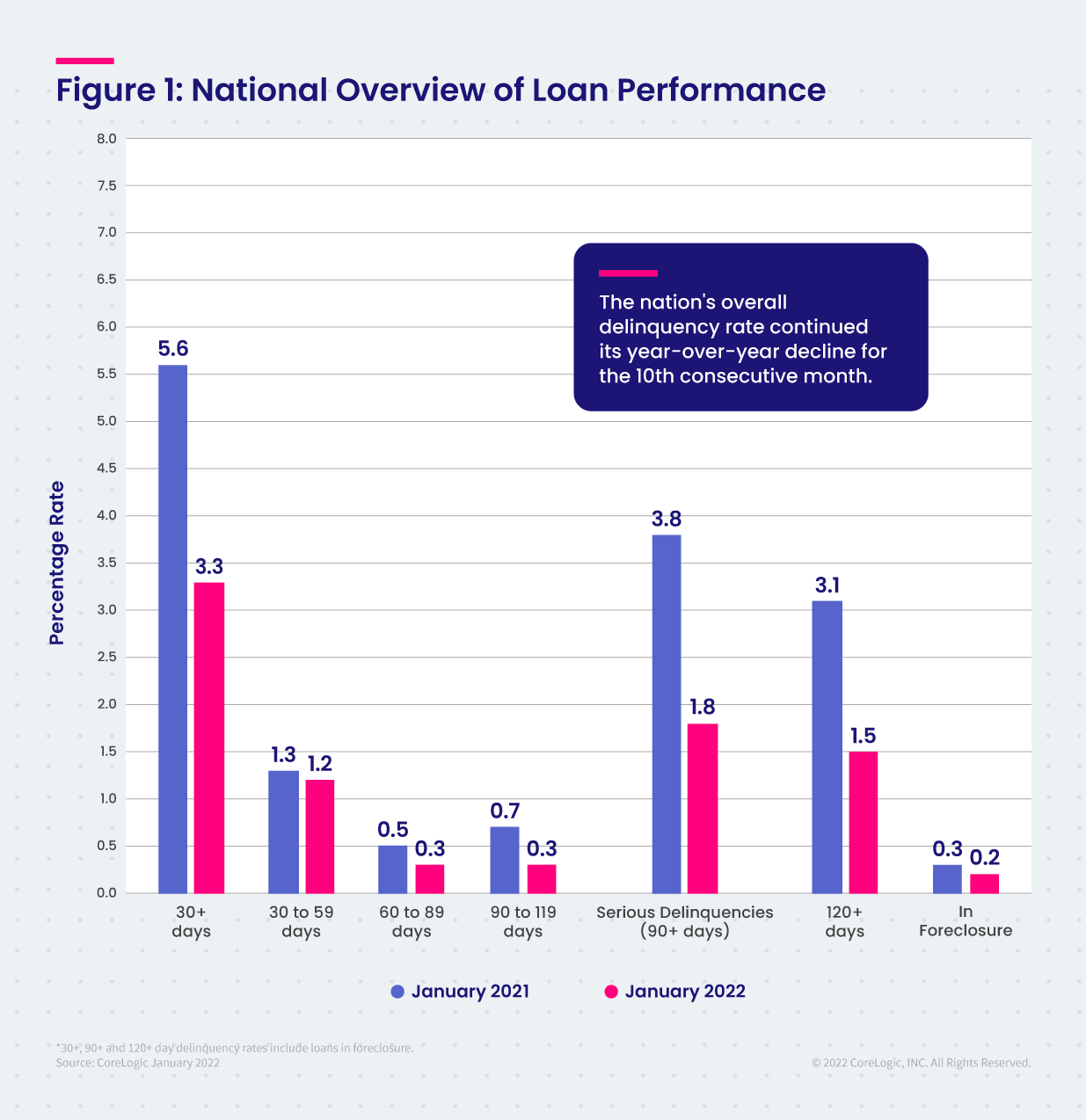 The drop in delinquency rates marks its tenth consecutive month of year-over-year declines. Thiscan be attributed to two factors: escalating home prices and a strengthening job market. According to the latest job report from the U.S. Department of Labor, the country added 562,000 positions per month during the first quarter of 2022. 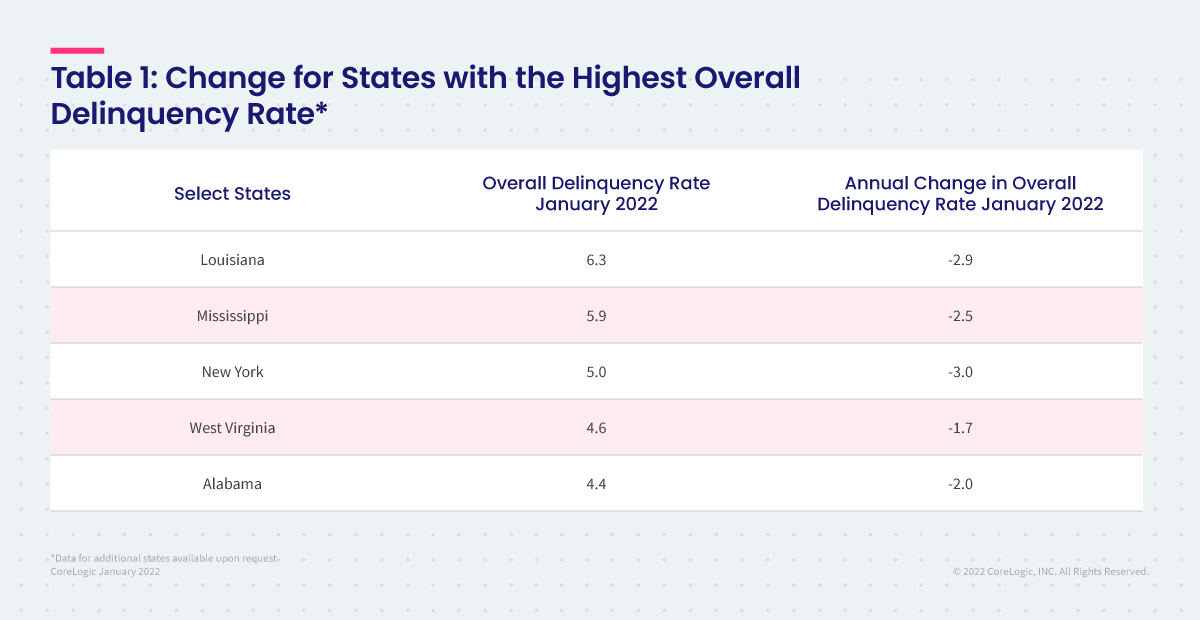 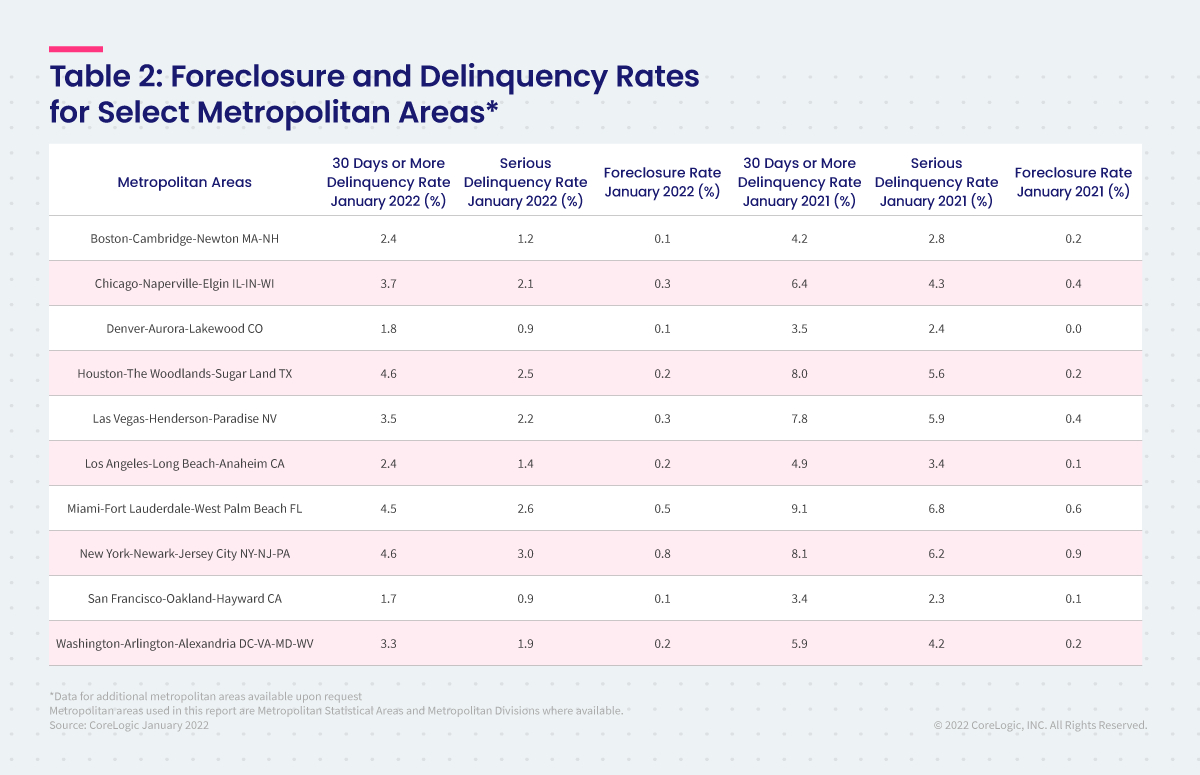 “The large rise in home prices—up 19% in January from one year earlier, according to CoreLogic indexes for the U.S.—has built home equity and is an important factor in the continuing low level of foreclosures,” said Dr. Frank Nothaft [3], Chief Economist of CoreLogic. “Nonetheless, there are many homeowners that have faced financial hardships during the pandemic and are emerging from 18 months of forbearance. The U.S. may experience an uptick in distressed sales this year as some owners struggle to remain current after forbearance and loan modification.” 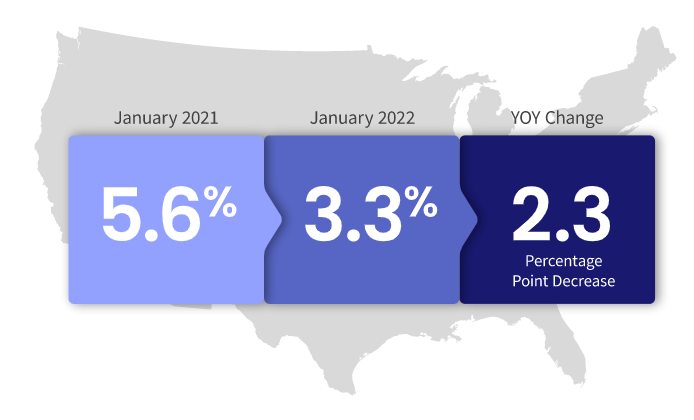 All other states, including Washington D.C. registered drops between 1.0 and 3.1 percentage points. 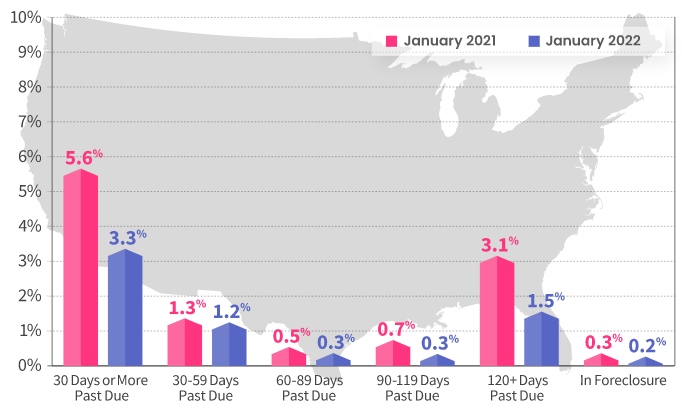 Serious delinquencies, defined as a loan more than 90 days past due, including loans in foreclosure, remained the same or decreased in all 384 metropolitan areas monitored by the report.

To view a complete copy of the report, including interactive data, click here [4].