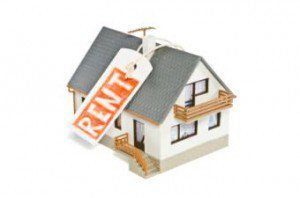 Rents increased 2.9 percent year over year in February 2019, according to CoreLogic’s Single-Family Rental Index. CoreLogic states that Single-family rents climbed steadily starting in 2010, and annual rent increases have stabilized, fluctuating between 2.7 and 3.1 percent for the past 12 months.

Rental affordability has continued to be a problem across the country, due in part to inventory issues. According to Freddie Mac, the largest metro areas are the most rent-burdened.

“What tends to be lost in the analysis is the impact of high rents on tenants who earn well below the median renter income. Firefighters, police officers, teachers, and other members of a city’s vital workforce earn only modestly more than their suburban or rural counterparts. As a result, they often struggle to afford housing in the communities in which they serve,” Guggenmos said.

Miami tops Freddie Mac’s list of metroes facing unaffordable rents, followed by West Coast cities San Diego and Los Angeles. Miami, in particular, is impacted by its lower-than-average median income for potential renters, as rents are significantly higher than in other Florida cities.

For renters looking to escape high rent costs and move on to homeownership, now may the the best time. Entry level home prices are growing at their slowest pace since mid-2016, and inventory is showing consistent positive growth, as this spring turns into a homebuyer’s market, according to RealEstate.com's Entry-Level Market Report.

"Buying a home for the first time is an incredibly exciting yet extremely stressful time," said RealEstate.com General Manager Justin LaJoie. "Potential buyers who tested the waters in recent years should have an easier time now, which should be especially good news for anyone who made an offer but lost their bid for a home. First-time buyers can give themselves an extra boost by being well-informed, prepared buyers. And the work they do—contacting more agents, doing more research and visiting open houses—should pay off this year."