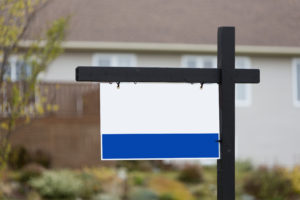 This June, Washington state will implement a new law (HB2057 [1]) designed to combat abandoned zombie properties and streamline interactions between government and lenders when it comes to preventing urban blight as the properties fall into disrepair.

As reported by the Spokesman-Review [2], the law is set to take effect beginning in June. The law allows Washington municipalities to directly contact the lenders or servicers responsible for the property and report problems such as squatters, tall grass, or accumulated garbage on the property. The contacted party then has 15 days to respond, and 15 days after that to resolve the problem. If the lender does not comply, the city can then legally hire someone to take care of it and then bill the lender. If that payment is not made, the city can then place a lien on the property.

The law also requires that the city’s communications with lenders include a sworn affidavit affirming that the property is indeed abandoned or causing problems, along with time-stamped photos of the property in question.

The law was the subject of over a year of contentious debate and negotiations between lenders, advocacy groups, and state and local government, with Rep. Tina Orwall (D-Des Moines) leading the charge on finding a compromise all parties could agree to. The law now takes effect on June 7, 2018.

The Washington law is just the latest in a wave of recent legislation and regulation designed to combat zombie properties. Communities such as Oyster Bay, New York, have banned the use of plywood [5] in securing abandoned properties. Some states have moved to implement fast-track foreclosure laws [6] to try and get the properties turned, refurbished, and back on the market faster. The New York state government recently began purchasing distressed mortgages [7] in order to try and keep the owners in the homes so they never become zombie properties in the first place. Columbia Law students [8] have even begun assisting some local communities with tracking the foreclosure status on abandoned properties.

The battle against zombie properties is a persistent and complicated one, so communities, lenders, and servicers may need every tool at their disposal to fight it properly.