It is no secret that the price of everything has been rising of late, and it seems that some of the pressure caused by inflation and rising interest rates is finally starting to trickle down to the housing market.

According to Redfin, early-stage homebuying demand is beginning to falter as new listings are down 7% year-over-year, as rates for a 30-year fixed mortgage hit 5% and median asking prices topped $397,747 bringing the typical homebuyer's average monthly payment to $2,288, an all-time high.

Among other statistics that show slowing demand, 3% fewer people searched “homes for sale” on Google compared to a year ago and the Redfin Homebuyer Demand Index dropped 3% compared to a 5% increase last year. Touring activity from the beginning of the year to April 10 is also down 23 percentage points compared to the same period last year and mortgage applications are down 6% from a year earlier. 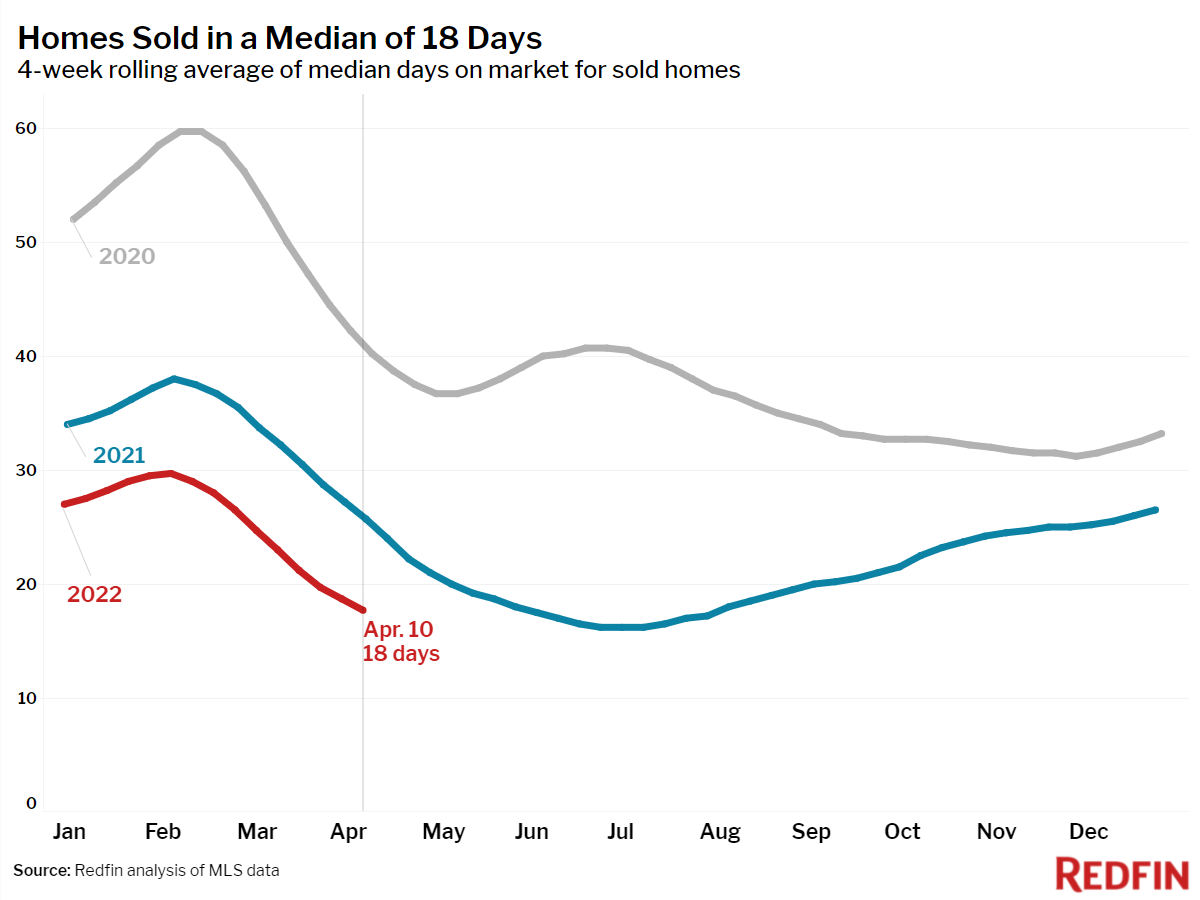 In addition to mortgage rates hitting 5%—the highest they have been since February 2011—the rate at which they increased is also the fastest since 1994 as they rose 0.28% from 4.72% over the course of a week.

Redfin is also closely watching the accelerating share of home listings with price drops, which is climbing at its fastest spring pace since at least 2015, another sign that demand is not meeting sellers’ expectations.

“There really is a limit to homebuyer demand, even though the market over the past few years has made it seem endless,” said Daryl Fairweather, Redfin’s Chief Economist. “The sharp increase in mortgage rates is pushing more homebuyers out of the market, but it also appears to be discouraging some homeowners from selling. With demand and supply both slipping, the market isn’t likely to flip from a seller’s market to a buyer’s market anytime soon.” 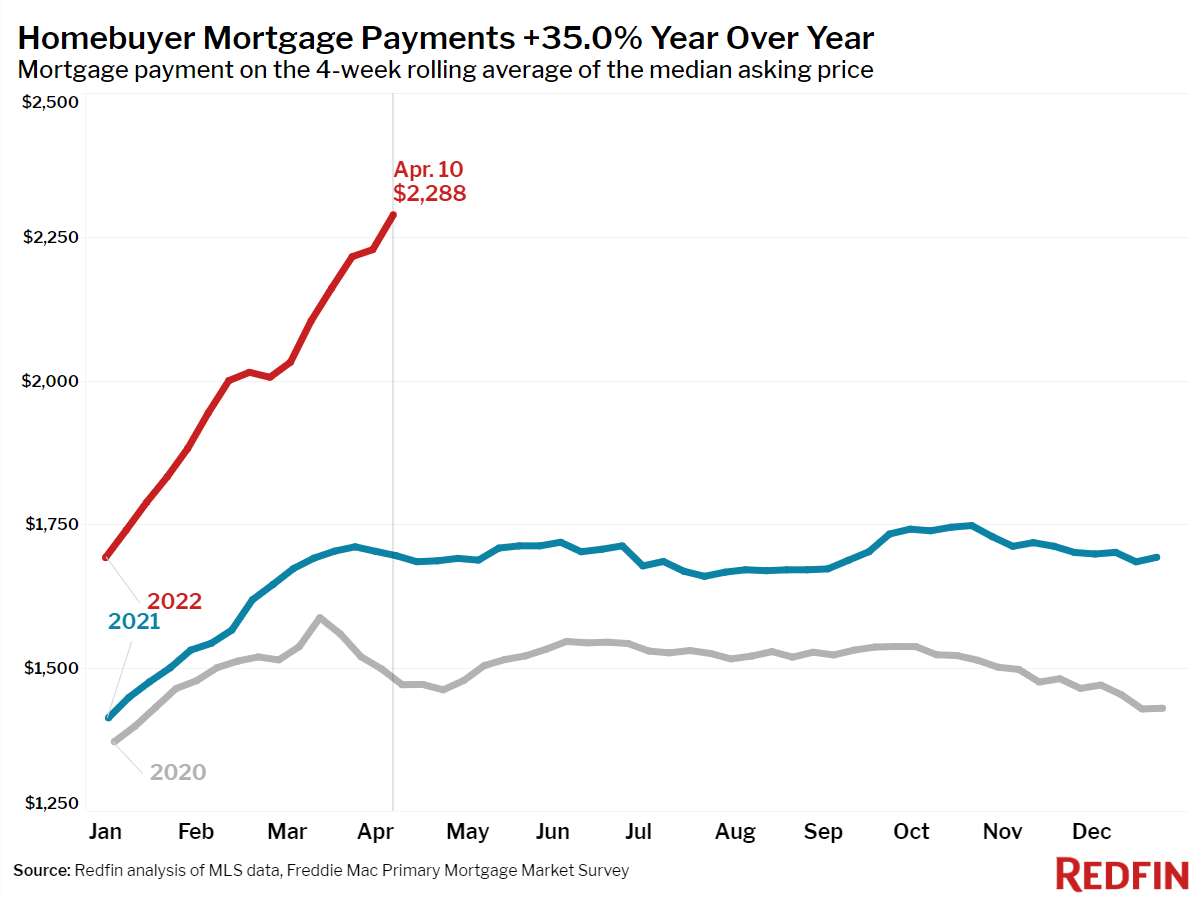 Even though some metrics show that demand may be softening, the market is still “as hot as ever for homebuyers” with new records continually being set. Forty-five percent of homes that went under contract found a buyer within one week, and the average home that sold went for 2.4% above its asking price.

“If a home is on the market for more than a week, people start to wonder why or assume something is wrong with it,” said Redfin Boston real estate agent James Gulden. “Every offer I’ve written recently has faced multiple offers, but some people have finally had enough of all the competition and are pulling out. They’re becoming less willing to make a risky offer in a high-stress bidding war situation.” 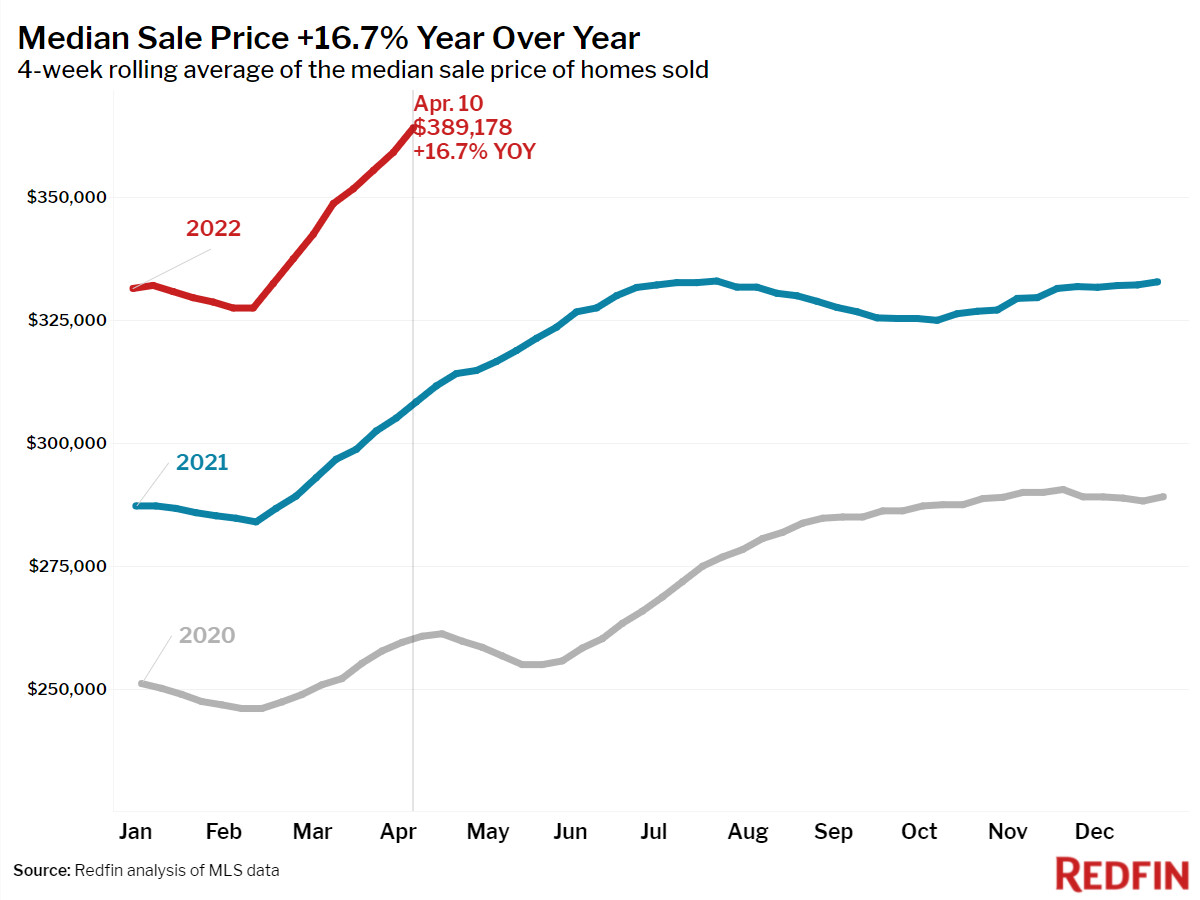 Other high-level takeaways from the report covering the four-week period ending April 10 include: