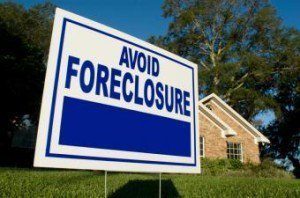 Approximately 30,000 permanent loan modifications were completed in February, according to new data from HOPE NOW, an alliance of mortgage servicers, investors, insurers, and counselors. About two-thirds of those done through proprietary programs and the last third done through the Home Affordable Modification Program (HAMP).

On modifications that experienced a rate increase and subsequently became delinquent, around 90 percent avoided foreclosure through some sort of alternative solution. According to HOPE NOW’s data, total non-foreclosure solutions for the month totals 95,000. This includes total loan modifications, short sales, deeds in lieu, and workout plans.

February was the first month that HOPE NOW included information on rate-resetting loan modifications, according to Eric Selk, Executive Director of HOPE NOW.

“We hope this report helps to illuminate the hard work and multiple solutions that are brought to bear when a family goes delinquent on their loan,” Selk said. “The good news is that 90 percent of the families who have a modification that is resetting and goes delinquent, will avoid foreclosure.”

“Non-foreclosure solutions outpaced foreclosure sales by more than a four-to-one margin in the month of February,” Selk said. “This has remained a steady trend for the past year and illustrates the availability of various long and short term solutions that benefit homeowners. Foreclosure starts and sales continue to decline towards pre-crisis levels while solutions and permanent modifications remain stable.”

Overall, 26.2 million non-foreclosure solutions have been completed since HOPE NOW began gathering data a decade ago. The total number of permanent loan modifications is over 8 million.

According to Selk, the positive era for loan mods shouldn’t end just because HAMP is coming to a close.

“Despite the HAMP program sun setting at the end of 2016 and ending the application period, we are still seeing a good volume of permanent HAMP modifications being completed,” Selk said. “We expect this activity to remain strong through 2017.”