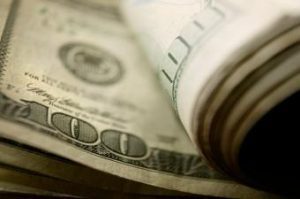 A new JPMorgan Chase Institute [1] report highlights the link between interest rate changes and consumer spending for homeowners with adjustable-rate vs. fixed-rate mortgages.

The study, released on Thursday, could provide valuable insight to housing policy makers regarding how their actions affect the type of mortgage a homeowner chooses as well as how they impact the consumption habits of homeowners with ARMs, compared to those with fixed rates, throughout the business cycle.

From Chase’s 6 million mortgage customers, the study focused on a group of 4,321 homeowners meeting specific criteria, including having a hybrid adjustable-rate mortgage originating between 2005 and 2007 and a Chase credit card active during the prior 24 months. The predictable, lower-interest rate reset at the five-year mark was both preceded and followed by an increase in consumer credit-card spending by the group—even exceeding their mortgage-related savings.

Among the highlights of the report:

The same circumstances also resulted in a dramatic fall in property values. Between origination and reset, median home values for the homeowners surveyed fell by nearly a quarter (or some $84,000).

However, the precipitous dip in home values and the accompanying rising loan-to-value ratio did not rein in the homeowners’ increased spending in response to a rise in their monthly income.

The report’s authors note that a variety of factors and changing market conditions affect the type of mortgages homeowners obtain as well as how their spending habits react to interest rate fluctuations, highlighting the need for additional research to use in contemplating future housing and monetary policy.