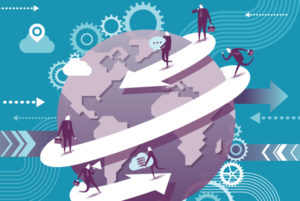 As the administration looks for a path forward for the national economy, one policy change that could ultimately lead to a boost in investment for infrastructure and jobs is the repeal of the Foreign Investment in Real Property Act (FIRPTA), according to at least on tax expert. In fact, several members of Congress had already called for the repeal of a particular section of the act prior to the partial economic shutdown this spring.

“Rolling back FIRPTA will result in a much-needed influx of billions of new, debt-free financing for everything from new roads to multifamily housing,” stated Alex Hendrie, Director of Tax Policy at Americans for Tax Reform, in an article published Wednesday in Real Clear Markets.

The 2007 add-on to the act translates to an additional 15% tax withholding for REIT investors from outside the United States.

Hendrie called the tax “arbitrary” and an “unchecked bureaucratic power grab” and also said the move deviated from “30 years of precedent” in REIT taxation.

A letter to Treasury in February signed by 12 members of Congress stated that the REIT taxation for foreign investors amounts to “a punitive tax that is not levied on other similar types of investments.

When some “minor reforms” slightly relaxed the tax burden for foreign investors in 2015, the changes “injected billions of dollars in foreign investment into the U.S. real estate market,” the letter stated.

The letter went on to say, “While this jolt of foreign investment is a positive result, it is estimated that an additional $2.8 trillion of global capital that could be invested in the U.S. real estate market, including critically-needed investment in infrastructure, continues to sit on the sidelines because of the punitive FIRPTA tax imposed by the IRS notice.”

In their letter to Treasury, the 11 Senators said, “This unintended tax burden discourages foreign investors from putting capital to work to create jobs and improve our communities.”

Hendrie pointed out in his letter that the Committee on Foreign Investment in the United States is responsible for reviewing foreign investments for national security concerns, and under the Foreign Investment Risk Review Modernization Act, the committee has the power to review real estate transactions. Therefore, the FIRPTA is no longer necessary, according to Hendrie.

Repealing the extra taxation on REITs is not only backed by bipartisan support but also but several industry associations, such as the Real Estate Roundtable, NAREIT, the National Multifamily Housing Council, and the National Apartment Association.

President Trump can repeal the questionable section of the tax act without review from Congress, and doing so would “meet his priorities of encouraging innovation in infrastructure finance,” Hendrie said.